You are Here: Home » News » Latics » Now or never for downtrodden Latics

Now or never for downtrodden Latics 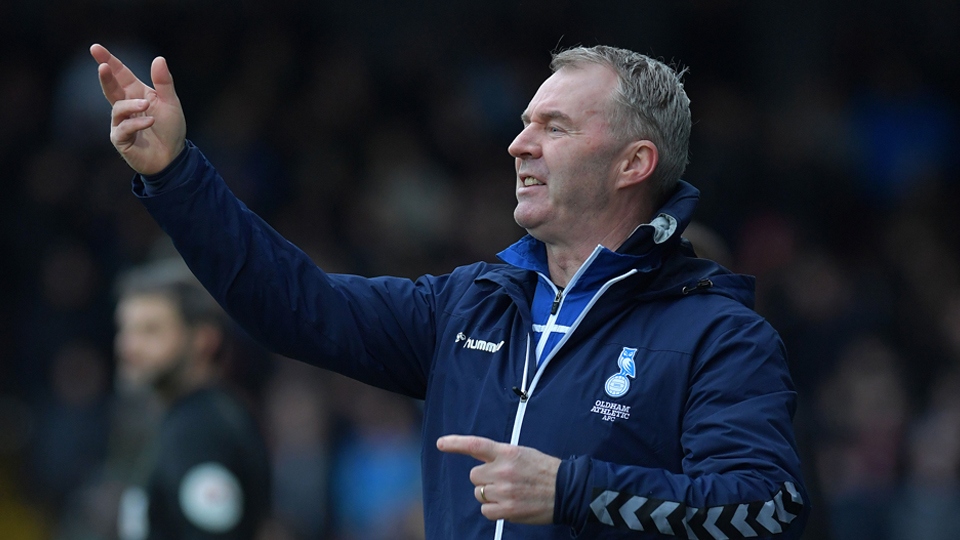 Oldham host Mansfield Town this weekend with time running out to rescue their season.

John Sheridan’s return thus far has been a true tale of two halves, the first a resurgent drive towards safety from a seemingly hopeless position, the second a return to the sort of form that had got them in trouble in the first place.

Tuesday’s 3-1 home loss to Sutton United made it five consecutive league defeats as the prospect of relegation from the football league grows ever more likely.

All is not quite lost yet, Stevenage are only three points ahead of Latics and almost in equally poor form, having picked up only one point from their last five games. The two sides are also still to meet next month.

Opponents Mansfield still have the playoffs well within their sights, despite currently sitting in 10th they are only two points behind seventh placed Swindon and have three games in hand.

Forward Rhys Oates provides their greatest goal threat, having struck 10 times in all competitions so far this season.

After the Sutton match, Sheridan struggled to draw positives and admitted that there was now an uphill battle facing his side.

He said: “Life's just very difficult at the moment. We're not winning games are we, that's five now.

“It's just difficult to watch at times, the decisions we make, it's just a bit of game know-how. I'm sick and tired of saying it and people probably get bored of me saying the same old things.

“We've just got to believe that we've still got fight in us and we've got to lift ourselves somehow.”