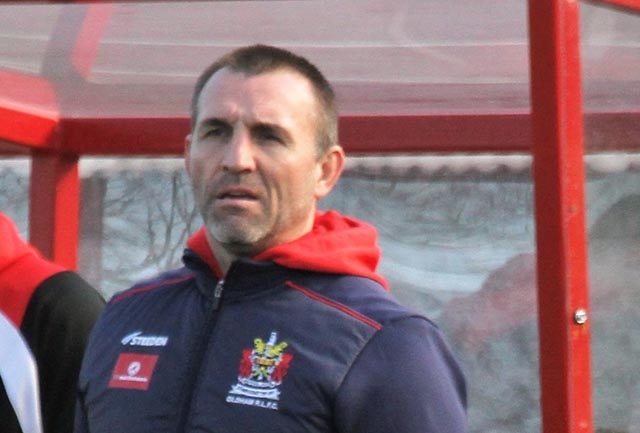 Scott Naylor has lauded Luke Nelmes's decision to commit to a second season at Oldham.

The 25-year-old prop played in 27 of the Roughyeds' 30 games in 2018 and impressed as an impact front-rower coming off the bench to freshen-up the side's middle unit.

Head coach Naylor was 'delighted' to see him sign again and more than happy to have the opportunity to continue working with the player on the development of his game and his understanding of what's required of a middle-unit man in the modern game.

Naylor said of the Huddersfield-born former Halifax man: "He came to us last year and made a big impression, playing in nearly every game and always making an impact when he came off the bench.

"He's young for a prop but he showed that, without doubt, he has a lot of potential going forward.

"He has a lot of good qualities but like most young front-rowers of his age he has a lot to learn.

"We are pleased to have the opportunity of carrying on working with him.

"The other lads are very pleased indeed that he is staying with us and that says a lot about him.

"An endorsement from peers counts for a lot."

Many of the players went on holiday as soon as last season was over, but most of them are now arriving back as work gathers momentum behind the scenes on building a squad in readiness for the challenges of 2019.

More signings are expected to be announced soon to add to the two already in the bag - David Hewitt on a two-year deal and Luke Nelmes on a new one-year agreement.

Naylor himself has another year to run on his current agreement and is looking forward to his seventh season in charge.

He and most of last season's squad will take centre stage at the club's 2018 Awards Night to be held at the Vestacare Stadium on Friday, November 9, starting at 7.30pm.

There will be an emotional send-off to Danny Langtree who is saying farewell to Roughyeds - to join Hull FC and to fulfil his dream of playing in Super League - after eight seasons, 148 senior games, 70 tries and 280 points in the colours of the club he has served so magnificently since making his debut against North Wales Crusaders on June 10, 2012.

Fans and fellow players will send 'Langers' on his way with a few lumps in a few throats on what promises to be a big night for anyone with an allegiance to Roughyeds.