You are Here: Home » News » Roughyeds » Law Cup battle on hold until next year

Law Cup battle on hold until next year 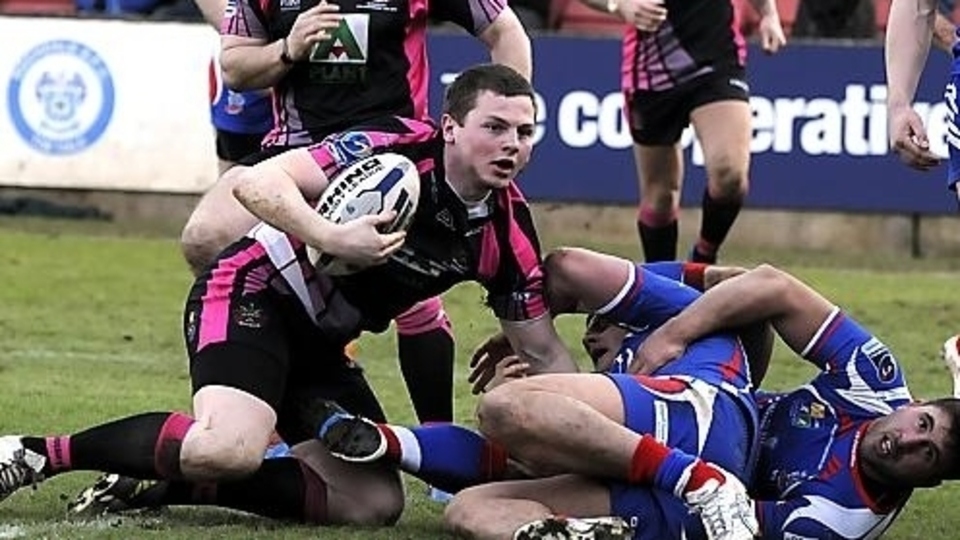 Action from a past Law Cup clash

It's exactly 100 years since the Law Cup was first contested as a pre-season warm-up match between Oldham and neighbours Rochdale Hornets, but fans will have to wait another 12 months to celebrate the centenary because the traditional, hotly-contested derby will not take place this year.

The decision to put the Law Cup on hold until 2022 has been made jointly by both clubs because of logistical problems caused by the fact that Oldham are scheduled to start the 2021 campaign with a Challenge Cup tie on March 21, while Hornets won't play until Betfred League 1 kicks-off in early May.

Moreover, Hornets are not allowed to start contact training until March and the latest possible weekend date would be March 14, which wouldn't give them time to prepare adequately.

March 14 also happens to be Mothers' Day - traditionally a day which causes fans to have other commitments - but the main reason for the decision is the lack of reasonable time for Hornets to do enough contact training before going into a physical game.

In a joint statement released by both clubs, Oldham chairman Chris Hamilton said: "Because we are in different divisions with different start dates both for playing and training, we are faced by complications that we don't normally have.

"Following discussions with Hornets, we have had to reluctantly agree jointly to put the Law Cup on hold for this year and to aim for a game on our home ground in 2022 when we hope the sporting world will be in a better position and we will be able to have fans inside the ground cheering on their teams."

Rochdale chief executive Steve Kerr said: "We are naturally disappointed that the Law Cup can't be organised this year, as we know how much fans enjoy the occasion.

"However, Oldham are returning to training earlier than us. We are not permitted to return to stage 2 (full contact) training until the beginning of March, which doesn't give us enough time to prepare for a game in mid-March, some seven weeks before we are due to return to action in League 1.

"Our focus is fully on the League 1 campaign and on giving Matt (Calland) the time to prepare his squad for the challenge ahead."

Mr Hamilton added: "We looked at the possibility of playing the Law Cup as usual this time, and streaming the game, because we know how much it means to both sets of fans, but in the end we had to accept that Hornets didn't have enough time to prepare anyway, given that they are now allowed to do any contact training until March 1.

"We are allowed only one warm-up match this year, so we are now looking for an alternative fixture which, in all probability, will need to be against another Championship club."