You are Here: Home » News » Roughyeds » 2021 away kit remembers glory days past

2021 away kit remembers glory days past 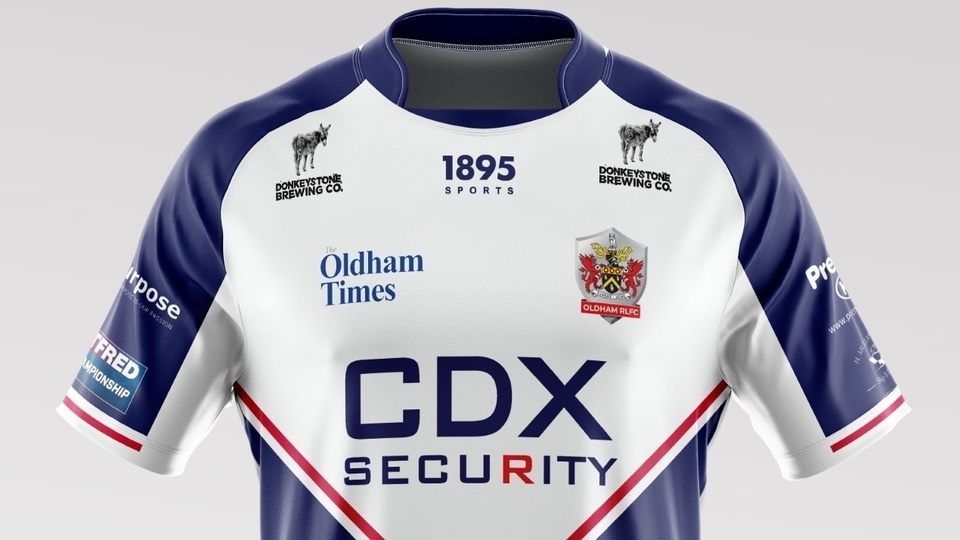 To buy one of the new shirts, fans should go to the Roughyeds' website and follow the links

Oldham Rugby League has turned back the clock 30 years in launching its 2021 replica away shirt - a throwback to a fabulous 1989-90 season when the then Second Division side became headline-hitting cup giant-killers.

With Tony Barrow as coach and Mike Ford as captain, they were involved in 15 cup-ties, many of them televised; went desperately close to reaching Wembley for the first time; stunned First Division big guns Wigan, World Club Champions Widnes and St Helens in major cup upsets; and finished off by coming from 29-8 down to beat Hull KR 30-29 in a Second Division Premiership final at Old Trafford.

Few of their many achievements that year, though, could eclipse their 16-4 third-round Silk Cut Challenge Cup win at Naughton Park against a star-studded Chemics outfit that had beaten Aussie title-holders Canberra Raiders at Old Trafford only a few months earlier to become World Champions.

The Roughyeds back-three forwards, Keith Newton, Shaun Allen and Aussie blond-boy John Cogger, a snip of a buy from Runcorn, would have cost significantly less in total than any one of numerous world stars that played for the Chemics, as they were then known.

Rough-and-ready Roughyeds succeeded where Mal Meninga's Canberra had failed on a day which will never be forgotten by the many Oldham fans in a crowd of 12,000.

Fast-forward more than 30 years and the present-day club says it is a joy and a privilege to recall those great achievements of yesteryear by offering an away kit in blue and white and with a similar design to that of 1989-90.

A similar home kit, but in red and white hoops, was launched in December.

They won't be in stock at the club for three weeks, hopefully sooner, but Roughyeds are now taking online pre-orders with payment and shirts will be despatched as soon as they arrive.