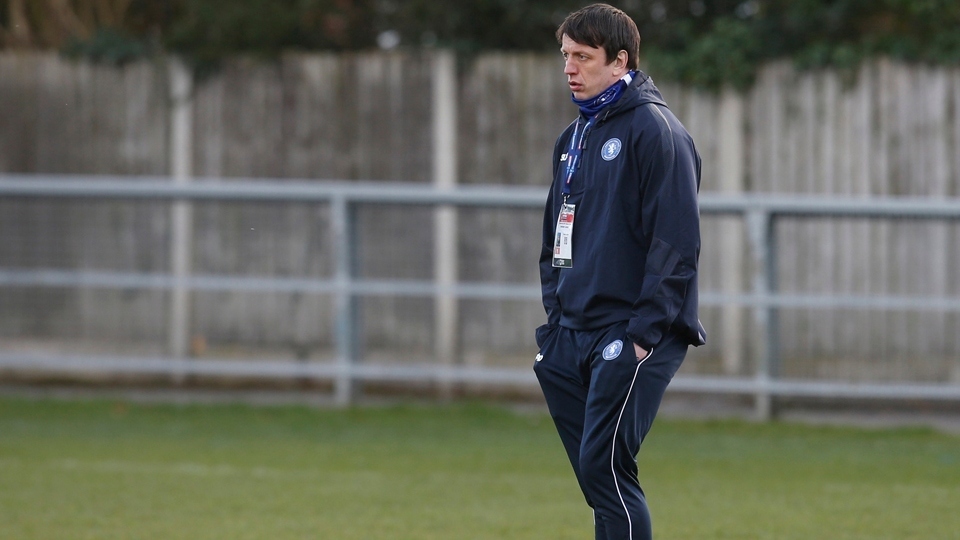 Young centre Connor Carr’s short-term loan from Huddersfield Giants to Oldham has been extended to the end of the season.

“In his three games for us so far, he’s done very well indeed and although there’s a call-back clause in the new agreement, we are looking forward to working with him for as long as we can,” said Roughyeds head coach Stuart Littler.

Carr, only 19 and with his rugby league career stretching out ahead of him, has had a spell at Batley Bulldogs on loan and is now looking forward to gaining as much experience as he can under Littler’s tutelage over the next few months.

The former Underbank and Emley Moor junior signed for his home-town Huddersfield Giants on scholarship and worked his way up through the Academy system before he was allowed out on loan to gain valuable experience at senior level.

“I’ve really enjoyed being at Oldham,” he said.

"And I’m looking forward to the rest of the season and to getting as much game-time as I can.

“I’ve played a bit on the wing, but I see myself as a centre and that’s where I like playing for Oldham.

“I’ve been given an opportunity to gain experience, to show what I can do, to hopefully make a name for myself and to see where it takes me. whether that be at Huddersfield or elsewhere.

“So far, I’ve played for Roughyeds against Cornwall, Doncaster and North Wales Crusaders and it’s just good to get some game-time.

"We are a new team who are still coming together a team.

“I’m at Oldham to learn over the second half of the season now and I’m looking forward to doing just that and to getting as many games as I can.”

Littler added: “We’ve had a few injuries in the back line, like those to Tommy Brierley and Liam Copland, but there’s still competition for places and Connor is very much part of that.

“He’s a young lad from a Super League environment with lots to offer and I’m really happy that we’ve now got him for so much longer.”

Littler revealed that, on the injury front, there was now light at the end of a very long tunnel with both Jason Muranka (concussion) and Calvin Welington (stomach complaint) back in full training.

Muranka hasn’t played since pre-season and Wellington has had only the odd game.

Boss Littler added: “We are getting to the stage where there’s going to be a lot of competition for places.

"Jason and Calvin are working hard and looking forward to getting back.

“Liam Copland is stepping up his rehab and we’ve also got Rhys Davies, a forward, training with us on a similar arrangement to that which Billy Yarrow was on initially before we signed him outright.

“Rhys has had a few clubs, including Dewsbury and Rochdale.

"Things didn’t work out for him at Rochdale, but he’s come to us looking for an opportunity and for all the right reasons.

“With several lads having signed on loan and others coming back from injury there could well come a time soon when we have so much competition for places that some will inevitably be disappointed by the selection process.”

Roughyeds had no game at the weekend.

Their next outing is at London Skolars this Friday night (May 27) with a 7pm kick-off.

Selection was made after three regional camps, followed by a trial game at Leigh Miners.

Head coach Tom Wood said: “Club coaches should be really proud of the talent they produce.

"Good work is being done all over the country and the community coaches have brought through some great kids.”

England’s youngsters will play Wales under-16s home and away and Scotland away.