You are Here: Home » News » Hero of Trough Gate siege dies at 72 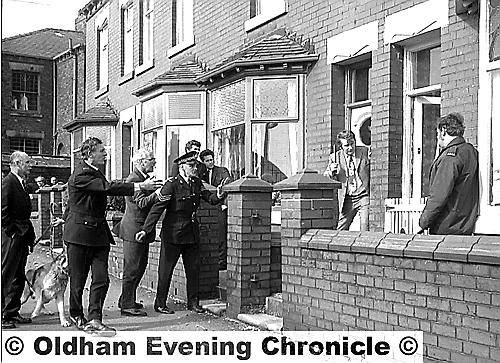 A FORMER detective sergeant who played a key role in the Trough Gate siege in 1973 has died.

Bernard Carroll was one of 30 officers who flushed out gunman Frank Alan Stockton from his Hollins home on May 17.

During the dramatic five-hour siege, the 53-year-old threatened to shoot anyone who approached him but was overcome by police officers using CS gas and police dogs.

A picture of Det Sgt Carroll by the front door of Stockton’s house with a raised baton made the national news. He died aged 72 on Monday in northern Cyprus, where he lived, and the funeral will take place there today.