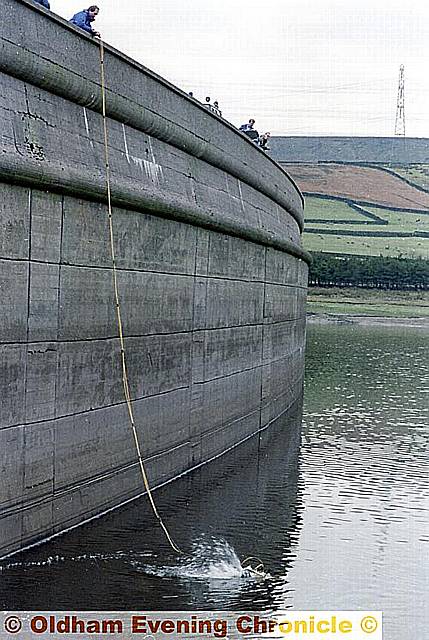 DETECTIVES have reopened a brutal Oldham murder case in the hope of solving a 20-year mystery.

Crimestoppers has offered a £10,000 reward to bring the killers of Laurence Winstanley to justice and end his family’s suffering.

The 23-year-old went missing in Oldham on October 2, 1988, and his body was discovered almost a year later at Baitings Dam Reservoir, just off the A58 on the outskirts of Ripponden.

His hands had been severed, he had been shot through the head and beaten so severely that virtually every bone in his body was fractured. The body had been set alight and weighed down with a pick axe.

Supt Colin Prime, of the West Yorkshire Police major incident review team, said: “Someone out there knows who was responsible for Laurence’s death.

“The circumstances of the murder, and the subsequent recovery of his body, lead us to believe that the killer did not act alone. I would urge anyone who may hold any information to come forward and assist in bringing the killers to justice.

“I have been in personal contact with Laurence’s family, and they wake each morning thinking of Laurence and how his life ended, not knowing who was responsible.

“I am keen to be able to answer that question and finally bring some closure for Mrs Winstanley and her family after all these years.”

Laurence, who has three siblings, lived in Sholver and went for a drink at his local, The Windsor pub on Shaw Road, on the day he went missing. He received a phone call there that seemed to concern him.

The mechanic, who ran New Start Autos in Sholver, went to his mother’s house but took over an hour to complete a journey that should have taken minutes, with officers keen to discover where he went.

He was spotted again in the pub later that evening but no one was sure when he left and he wasn’t seen alive again.

A couple of days later his red Ford Cortina estate was taken to a scrap merchants in Milnrow.

His mother Vanessa Winstanley, who moved away from Oldham, said: “Laurence was a wonderful son, the whole family have lost their normal lives.

“He was given no chance to have a normal life — to get married, to have children and to grow old.

“The people responsible for this horrific crime must be found and punished.”

The case received a huge amount of coverage, including on BBC’s Crimewatch, but despite some arrests no one has ever charged.

Mrs Winstanley launched a series of appeals in the Chronicle after the disappearance and said she was living in limbo.