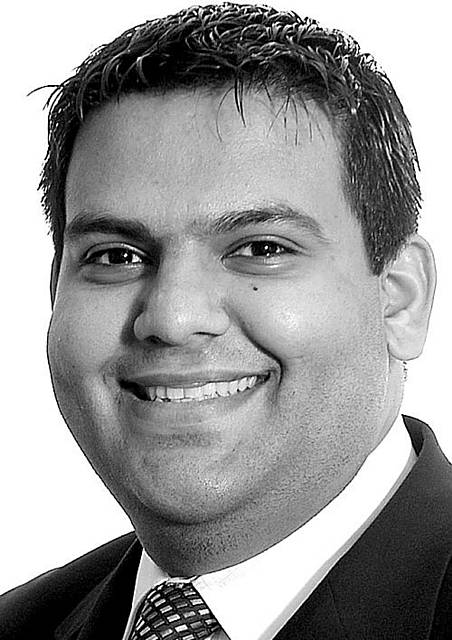 A selection meeting sparked a huge fall-out amid allegations of threats and candidate rigging.

Oldham East and Saddleworth Conservatives chairman Barbara Jackson will stand down in protest, while former Councillor Chris Shyne called it a farce after only five candidates stood for five seats.

But North-West leaders insisted they are “a lone voice” and that the party is fully behind the selections.

Barrister Kashif Ali was chosen to fight Labour’s Phil Woolas for the Oldham East and Saddleworth seat with Kamran Ghafoor taking on Labour’s Michael Meacher for the Oldham West and Royton seat.

Traditionalists have been angered by Mr Cameron’s plans to take control of shortlists to impose women and ethnic minority candidates to boost their numbers in Parliament.

Mrs Jackson, an active member for 30 years, claimed two candidates were removed from the selection list at the last minute and others weren’t allowed to stand.

She claimed Mr Ali had threatened management that he would recruit family as members to take over the association if he was not selected.

Mrs Jackson said she had been labelled racist for complaining, but added: “They paint it as a race issue but it’s nothing to do with race.

“I won’t give in to bullying tactics from anyone no matter what the race, colour or sex. I’m still a Conservative but I’m very disappointed with the party.

“The way they have done it is just wrong because the electorate deserve a choice. They have decided who our candidate is and that’s it, full stop.

“The constituency should be guiding the candidates, not the other way round.

“Very able people in our constituency have been rejected. Why they think it’s acceptable I can’t understand.

“It’s an exercise in ticking boxes and positive discrimination. They want women and Asians.”

She pointed out that Tories like Margaret Thatcher and Euro-MP Sajjad Karim have succeeded on merit. A furious Mr Shyne claimed other areas had 180 applications from would-be candidates.

He said: “It was a stitch-up. It wasn’t a selection it was a proclamation. It’s no longer a democratic party. It stinks to high heaven.

“The candidates have not been selected by traditional members of the party, they have been shipped in by families.

“If this is the way Cameron is running things before he becomes PM then what will he be like after?

“There were people locally that wanted to stand but it was pre-determined two years ago and they have made us look like idiots.

“The Tories have just given up and have no chance of fighting off Phil Woolas at the election.”

But North-West regional director Sue Gillett said: “We followed guidelines laid down by the party.

“Each constituency voted for the candidate they wanted to have and the decision was very clear and almost unanimous.”

Mr Ali said: “This has not been some hostile imposition of a candidate — far from it. People were not stopped from standing.

“The reality is there were no other good candidates who wanted a seat.”

He said no threats were made but he had pointed out to the association that it had to pick up campaigning to have a chance of election success.

He said traditional members were against his more modern approach of designing a website, actively recruiting more members and leafleting residents.

Mr Ali is from Higginshaw and said he had a huge interest in local issues.

Mr Ghafoor, a former Labour candidate, said he was proud to have been given the opportunity and he will fight to build a better and more prosperous Oldham.

Local Tory leader Councillor Jack Hulme said: “These appointments show that the party is ready to fight the forthcoming general election with local candidates who have a successful track record in the community at large.

“I am sure that all members of the party will be working hard to achieve their success.”