You are Here: Home » News » Illegal war and the myth of global warming

Illegal war and the myth of global warming 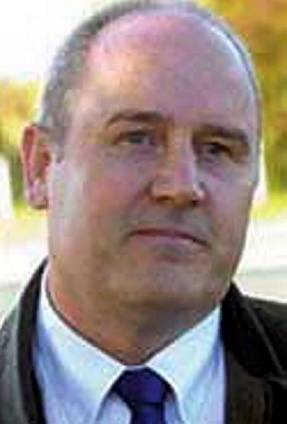 My main campaign platform for this election will be the illegal Afghanistan war, the lie of man-made global warming and immigration.

It is wrong that our military is being used to oppress a nation that cannot harm people on the streets of Britain.

The vast majority of Afghan people are far too impoverished to be able to reach Britain. Therefore, with stringent border control here in the UK it would be possible to keep out those that would venture to Britain to harm us.

If our foreign policies were to desist from waging illegal war upon mainly Muslim countries, where we have no interests, we wouldn’t need to defend ourselves from Al Qaeda.

We need to bring our troops home immediately making it clear that we, Britain, will no longer involve ourselves in the affairs of non western nations where we have no interest.

It is clear from history that our planet warms and cools in cycles, and these climate changes occurred long before man had influence on earth. What therefore was the cause of prior global temperature changes? One does not need to be an Albert Einstein to know it was then, and is now, changes in our sun’s activity.

It therefore seems unlikely that the devastating taxes raised, to prevent man-made climate change, are likely to do any good as a preventative measure.

The taxes will however help desperate governments raise (fraudulent) revenue to assist in staying afloat and pay down deficits created by mismanaged and poor economic policies.

Fraud such as this does not help services, business or the ordinary struggling British people.

Only the truth can do that, and by telling the truth we can pursue the real measures needed to put our economy back into shape.

When will politicians tell us what they consider to be a sensible population level for this small island?

The 2001 census showed that Britain had a population of 58.8 million. This didn’t include, of course, those who were not here legally etc.

Since then we have undergone untold colonisation from every corner of the world, not least from Europe when in 2004 the floodgates were opened. We were told 13,000 would come. Poland alone bought an incredible 447,000 to Britain, and by 2008 our estimated population was 61.4million — an estimated increase of 2.5 million discounting all of those below the radar (some suspect this to be in excess of one million)

Many of the immigrant communities are breeding 10 times faster than the non immigrant peoples who spent the decades of 1960-1990 being advised by our government that 2.5 children was the sensible family model.

The massive explosion in population has brought about many problems with education, employment, hospitals and housing not to mention food, clothing and energy resources.

Why is immigration a good thing?