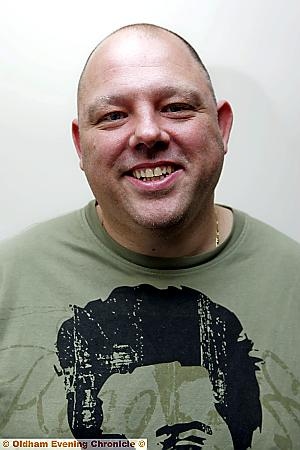 BIG AL: “I am amazed that they took issue with me leaving the studio”

The Big E for Big Al

LOCAL radio presenter Alan Nield has been axed from his daytime spot on 96.2 The Revolution after an Armistice Day row.

Big Al, as the presenter is known, was upset when the 11am news on his Friday show on the Oldham-based station was not preceded by the nationally-observed two-minute silence.

And when listeners started to complain via text and Twitter Al was shocked that the anger was aimed at him personally when it was a station decision over which he had no control.

He had urgent talks with station manager John Evington and decided to pre-record links between the records for the rest of the show and left the Sarah Moor studios.

Within hours Alan, who lives in Shaw, received a mobile telephone call from station owner Steve Penk who told him it was unforgivable for him to leave the studio during a show and that he was axed.

‘’I am amazed that they took issue with me leaving the studio when the station often runs prerecorded shows yet they said nothing about the Armistice Day issue,’’ said a stunned Big Al, who first broadcast on the station in 2001 and was brought back to work there when Penk purchased the station in the autumn of 2008.

96.2 The Revolution moved swiftly over the weekend to remove Big Al from its scheduling, with its website dropping any reference to the popular presenter who had a reputation for “telling it like it is”.

Al’s 10am-3pm spot was being covered by a top-ten at 10 and a generic “The Revolution through the day”.

Penk has since posted on Twitter that Big Al will never work for the station again and any reconciliation now seems extremely remote.

“I am just sad that I will not be able to speak to the listeners,’’ said Al. “I wanted to take the heat out of the Armistice Day issue and give us all time to consider a response but that opportunity is not going to arise.’’