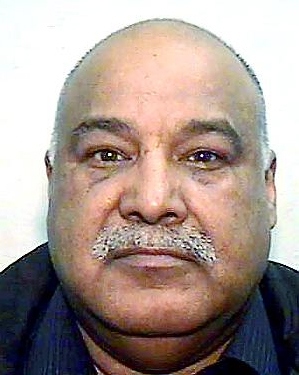 Shabir Ahmed of Oldham — at the centre of the Rochdale grooming case.

Deficiencies in the way children’s social care responded to the victims’ needs in Rochdale were caused by patchy training of frontline staff, the Rochdale Borough Safeguarding Children Board (RBSCB) said in its review into child sexual exploitation.

The inquiry followed the conviction of nine men jailed for a total of 77 years in May for grooming five youngsters for sex.

Police believe up to 47 victims could have been groomed by the gang, which included ringleader Shabir Ahmed, (59) of Windsor Road, Coppice, and takeaway worker Kabeer Hassan (25), of Lacrosse Avenue, Oldham.

The picture from the report is one of vulnerable young girls - some as young as 10 - being targeted for sexual abuse and written off by those in authority who believed they were “making their own choices”.

Rochdale Council has used the findings to implement a catalogue of changes.

The report looked at how agencies worked between 2007-12 to safeguard children and young people at risk of sexual exploitation.

RBSCB chairman Lynne Jones said: “We have responded to this review and improvements have been implemented. I believe organisations are working better together, sharing information to ensure children are protected.”

::Specific training for frontline practitioners in Rochdale was patchy and lessons absorbed inconsistently.

::There were deficiencies in the way children’s care responded to the victims’ needs.

::The focus was on younger children at risk of abuse from family members, rather than vulnerable adolescents.

::Agencies which referred potential victims were frustrated they were not being adequately assessed and dealt with.

::Organisations in Rochdale made faltering early progress in managing the allegations.

::The need for a specialist resource was identified in 2008, but inadequately co–ordinated.

::There was a poor response by children’s care to those at risk of sexual exploitation.

A chance to stop the gang was missed in 2008 and both the police and the CPS were forced to apologise for their failings.

Shabir Ahmed (59), the man regarded as the ringleader of the grooming gang, was jailed for 19 years for conspiracy, two counts of rape, aiding and abetting rape, sexual assault and trafficking for sexual exploitation.

Ahmed, of Windsor Road, Coppice, was banned from the court because of his threatening behaviour and for calling the judge a "racist bastard".

The judge said Ahmed was an "unpleasant and hypocritical bully".

Takeaway worker Kabeer Hassan (25), of Lacrosse Avenue, Oldham, was jailed for nine years for rape and three years for conspiracy.