You are Here: Home » News » Secret’s out: Olivia a rising star in UK and US

Secret’s out: Olivia a rising star in UK and US 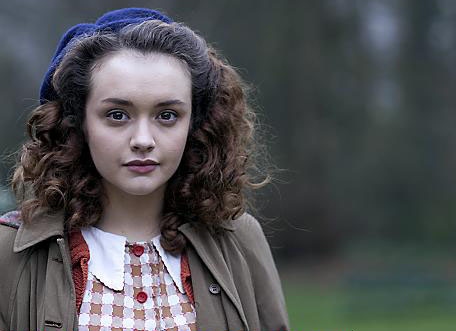 FORMER Royton and Crompton pupil Olivia Cooke is set to become a star on both sides of the Atlantic.

The 19-year-old plays young teacher Nancy Linnet in the BBC1 prime-time chilling drama “The Secret of Crickley Hall” which started on Sunday.

And Olivia is currently finding fame filming “Bates Motel”, a big budget, 10-episode prequel to “Psycho” for US TV.

The three-part “The Secret of Crickley Hall” is based on the James Herbert book about a modern family who move to the creepy hall to escape their past.

The story of Nancy, a young teacher at the hall when it was an orphanage in 1943, runs parallel. Olivia stars with fellow former Oldham Theatre Workshop graduate Suranne Jones, who plays the mother of a child who goes missing.

Olivia’s dad John Cooke said: “I am chuffed to bits. I thought it was very good.

“I went on the internet to see some critics’ comments and it was very favourable for Olivia.”

Olivia, from Royton, joined Oldham Theatre Workshop when she was 10 and studied drama at Oldham Sixth Form College, starring as Maria in its production of “West Side Story”. But she left before the end of her A-levels to play Christopher Ecclestone’s daughter in the BBC thriller.
For the full story buy the Chronicle or read the eChron and iChron digital versions.