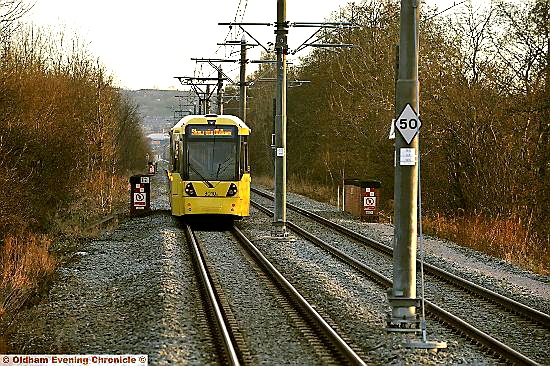 AN elderly woman was killed by a tram near Failsworth Metrolink Station last night — the first person to die since the track opened in June.

Police and fire crews were called to the scene in Old Road, near Hardman Lane, at around 10.45pm following reports a pedestrian in her 80s had been hit by a tram.

The woman died about 160 yards from the station on the Oldham side.

The tragedy happened where pedestrians wouldn’t usually cross — away from crossings or roads.

Police have yet to release the woman’s name.

Metrolink was closed for the rest of evening, but services resumed this morning.

Peter Cushing, Metrolink director, said: “Our thoughts and deepest sympathies are with the woman’s family. A full investigation is underway.