You are Here: Home » News » ‘Ann lived life with passion and gave so much’

‘Ann lived life with passion and gave so much’ 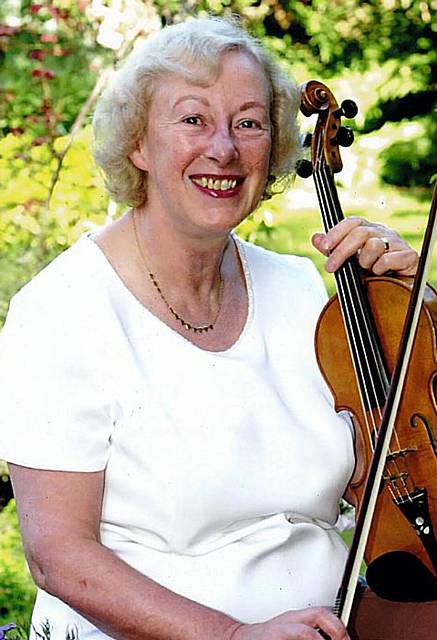 A WELL-KNOWN musician and teacher will be in the hearts and minds of members of Oldham Symphony Orchestra on Sunday as they dedicate their latest concert to their former leader.

Ann Heeks, who led the orchestra for 40 years, died on June 4 following a brave battle with cancer.

Born in Worcestershire, Ann learned to play piano from the age of four before moving to violin at 11.

After studying at the Birmingham School of Music and the Trinity College of Music in London, she played in various orchestras around the country.

She moved to Oldham with her husband, Ken, a fellow musician, in 1971 and began an active life in the community, including taking up the position with the orchestra of principal violin and leader, while raising three children.

Ann, who also taught at Hulme Grammar School, dedicated much of her life to music, nurturing many successful local musicians and helping to found the West Pennine Musical Festival, which she ran with her husband for 25 years.

In 1991 they were proud to have been invited to meet the Queen in recognition of their dedication to music and young people in the area.

Andrew Marshall will be stepping into Ann’s footsteps as first violin and orchestra leader on Sunday.

The concert, which will be held at Hulme Grammar School, will be a Russian extravaganza featuring The Romeo & Juliet Fantasy Overture and the Nutcracker suite.

Tickets cost £10 (£6 concessions, £3 for under 16s) and are available on the door or from UK Musical Instruments Ltd, Middleton Road, Oldham.
for a full version of this story buy the Chronicle or read the digital edition on the eChron and iChron