You are Here: Home » News » Marty helps Ray’s book to be a forearm smash

Marty helps Ray’s book to be a forearm smash 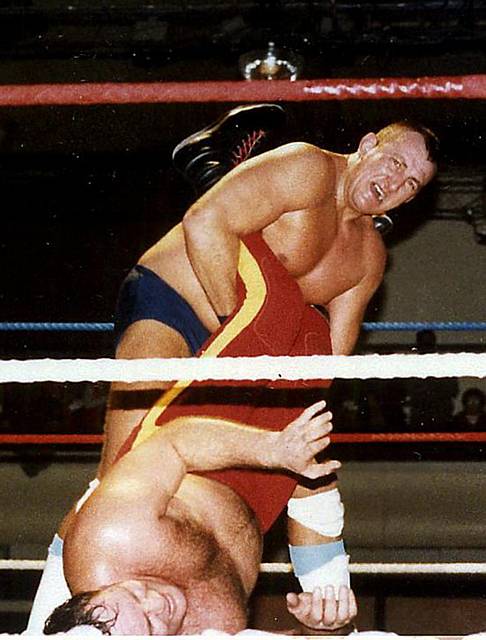 Marty (on the canvas) and Ray in a bout in Scunthorpe

A FORMER world wrestling champion from Oldham features heavily in a biography of a former opponent.

Marty Jones (59) who is landlord of the Angel Inn in Royton, is mentioned throughout the biography of former British champion wrestler Ray “The Sheriff” Robinson.

“The Sheriff”, co-written by author Paul Stenning, features 62-year-old Ray’s personal tales of all the big names in boxing and wrestling, and his battle with cancer.

The two men stay in contact and speak highly of each other.

Marty, who once trained with Ray in Shaw, described him as a “credit to the business”.

The book is already proving to be a good read and there are talks of a possible film adaptation.

A quarter of the profits will go to Ray’s local charity in Lincolnshire, the Lindsey Lodge Hospice, which provides care and support for people with chronic conditions such as cancer.

The book is available to order on Amazon.