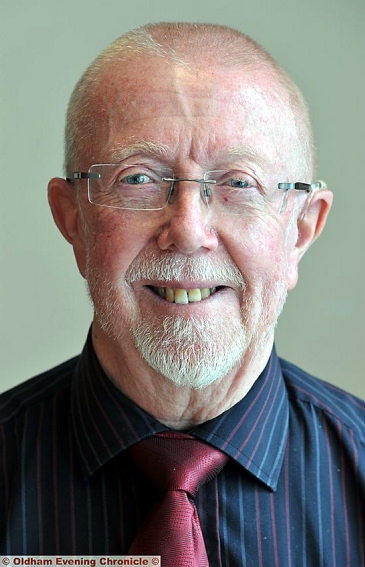 OLDHAM anti-drugs campaigner Barry Haslam has joined a team of academics to shape the future of healthcare in the field.

Barry, who fought his own long and tough battle with benzodiazepines, is to join a Manchester University team in a five-year investigate all aspects of prescribed drug addiction.

Barry, chairman of support group Oldham Tranx, said: “It is the first major study into this public health pandemic, and its findings should be instrumental in shaping future health policy on this issue.”

He was asked to join the team by Dr Waquas Waheed, consultant psychiatrist at the university’s centre for primary care, and Dr Tim Millar, deputy director of the national drug evidence centre.

Barry said: “I am honoured to have been asked on the team by Tim and Waquas. I think that it is an acknowledgement of all the hard work undertaken by Oldham Tranx, as we celebrate 25 years of supporting and helping the people of Oldham next year.”

The study will look at patients’ experiences of dependence on opiates or benzodiazepines.

The team will also look at the provision of non-drug treatment to help people overcome the psychological and social aspects of dependence.