You are Here: Home » News » Busted in the bus lane

Busted in the bus lane 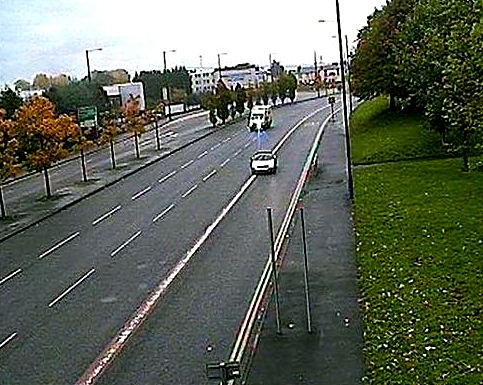 Driver pulls over to let 999 ambulance past - and gets a ticket
AN OLDHAM driver is appalled after being fined for driving into a bus lane — to allow an emergency ambulance through.

Paul Baddeley and his girlfriend Wendy Crowther, from Grasscroft, were in Oldham Road, Manchester when they heard sirens and saw the flashing lights. So Paul (45) moved aside for a moment to allow the ambulance through.

But days later he received a penalty notice from Manchester City Council in the post — and immediately appealed.

“I just wrote that I was appalled.” he said. “I manoeuvred the car away and obviously went over into the bus lane, but there were no cars or buses in sight so I didn’t think there would be a problem. Common sense should prevail.”

But the council refused to cancel the fine. They replied: “The footage shows there was no need for you to enter the bus lane as there were no vehicles impeding the ambulance.”

Paul is continuing to appeal and said he will go to court if necessary: “I understand the rules and regulations regarding bus lanes,” he added, “but I feel quite embarrassed that Manchester City Council would try to fine me for this incident.”