You are Here: Home » News » Penk bows out of Revolution radio

Penk bows out of Revolution radio 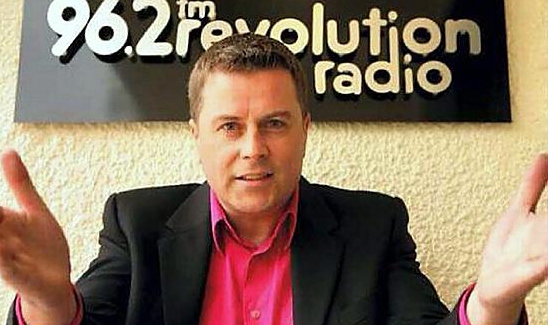 OLDHAM radio station 96.2 The Revolution has been sold by controversial broadcaster Steve Penk

He said: “It’s very early to say our exact plans, but we want to make sure Oldham and the surrounding towns are well represented.

“I’m not saying that didn’t happen before, but I want to develop our links with Oldham Athletic, the council, local businesses, the Coliseum and other institutions.

“We want the station to be a really good platform for businesses and advertisers who don’t want to go to bigger radio stations in Manchester - in the same way that local advertisers want to use the Oldham Chronicle. We’ll also be looking at the balance of speech and music, mixing elements of nostalgic and current music.

Known for his prank calls, Steve Penk bought the station in 2008. He announced the sale on an industry website.

As owner he was often involved in controversy. In 2010 he breached the broadcasting code by playing Van Halen’s “Jump” as a woman threatened to leap from a bridge over the M60.

He played the track following a request from a frustrated driver - but Ofcom received 57 complaints.

In 2011, presenter Alan “Big Al” Nield was axed after a row over the station’s decision not to fall silent for two minutes on Armistice Day, November 11. he was later reinstated.

In February 2013 Mr Penk missed his breakfast show in bad weather and headed home to Surrey.

He presented his last breakfast show in March.

Mr Ramsbottom (44) grew up in the Bolton area, worked as a DJ in Manchester clubs and later became managing director of Orion Media, a Birmingham-based company which operates a number of radio stations across the Midlands with a combined audience of over 1.2 million listeners.

The Revolution’s patch has a potential audience of 520,000 listeners aged 15 and over. Its audience has risen and fallen over the years since 2000. Latest figures for 2013 say 31,000 people listen weekly.