You are Here: Home » News » Firms forced out in housing plan go-ahead 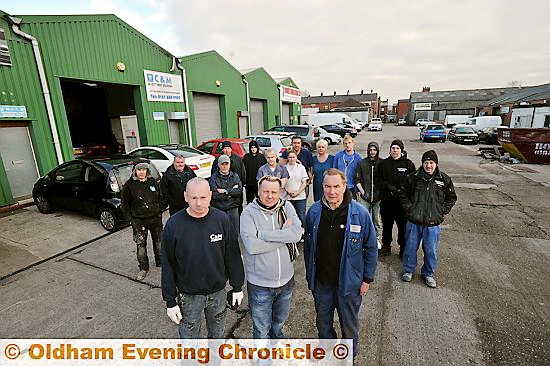 Business owners and workers from the estate left in disappointment after aproval was announced.

Liquidators Mooney Rodgers LLP will start work on the transformation of the site in 18 months, and in the meantime all existing businesses will be offered help to relocate.

But Harold Cleworth, who has run Cleworth Motors on the site for 23 years, said: “I’m 70 now and I simply can’t think about moving somewhere else. I’ll have to close and make the four members of my staff redundant, which I don’t want to do.”

The application was originally rejected in 2011, then approved on appeal.

A liquidators’ spokesman said there are a significant number of suitable relocation sites within three miles of the current businesses.