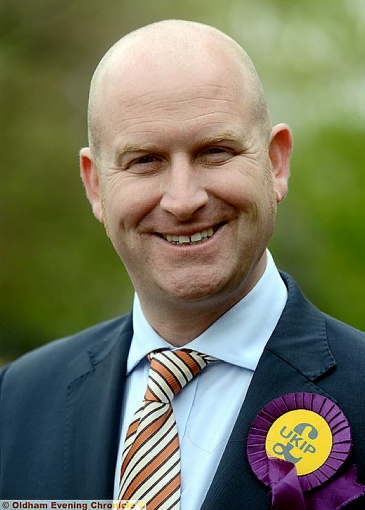 Oldham is the “birthplace of UKIP” according to deputy leader Paul Nuttall who visited the borough yesterday to launch his party’s European elections campaign.

MEP Mr Nuttall said his party had high hopes for this month’s European and council elections on May 22.

UKIP is fielding 18 candidates in next month’s council elections in Oldham and Mr Nuttall said the borough has a vital role in its campaign.

He said: “The rise of UKIP started in Oldham — it was the beginning of where we are as a party today.

“UKIP is about to have a very successful election campaign and I strongly believe that Oldham will play a big part in that. This is the biggest election that UKIP has seen and we are very confident going into it.”