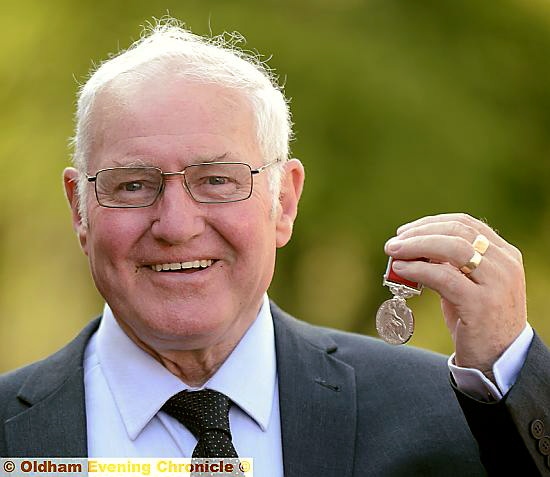 THE secretary of Chadderton Historical Society has been awarded the British Empire Medal.

Michael Lawson (71) received the honour in recognition of his services to heritage and the community in Chadderton during a ceremony at Bury Town Hall.

The father-of-four of Moreton Street, Chadderton, was joined by his wife Elsie, daughter Helen, and granddaughter Emily (11). Historical society trustee Christine Dennis, who nominated him for the award, also attended.

The former teacher received his medal from the Lord Lieutenant of Greater Manchester, Warren Smith, on behalf of the Queen.

He said: “It was a wonderful occasion and I felt very proud and humbled.”

Mr Lawson and his wife have now been invited to a Royal Garden Party at Buckingham Palace next month.