You are Here: Home » News » Hair, hair for Sidney's donation 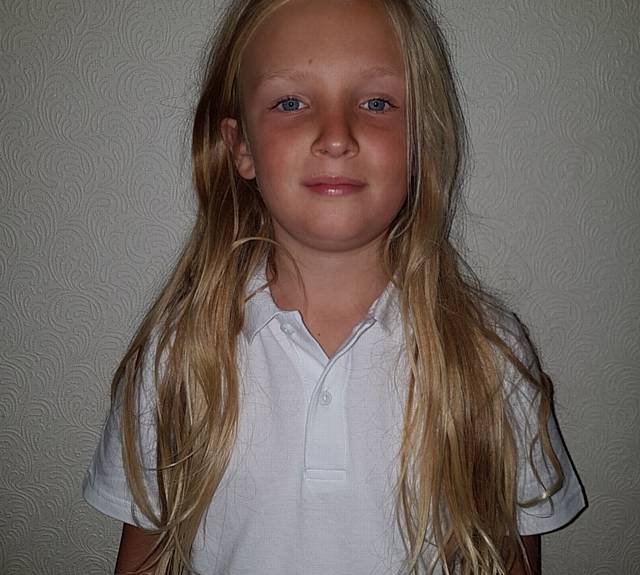 Sidney Brown (10) from Chadderton had 18 inches of his hair chopped for charity.

A BOY of 10 who endured teasing for his long hair has had it chopped off for charity after growing it for three years.

Around 18 inches of Sidney Brown's blond hair will be donated to the Little Princess Trust for children who have lost hair through cancer treatment.

He decided three years ago to let his hair grow so it could be donated for real-hair wigs.

But it has meant the Whitegate End Primary School pupil being mistaken for a girl and told to "get out of boys' toilets".

The Year 6 student was also told he could not attend his Chadderton school with his hair down.

Mum Jo Shepherd (36) of St George's Square, said: "He just decided three years ago that he wanted to donate his hair to make wigs.

"I don't know if he had seen something but he said he was growing his hair to make wigs for people. He got this idea in his head and stuck with it.

"As well as that we thought he could help more people and, in memory of his grandad, chose to support Mind, whose work is vital but often overlooked. He has gone through three years of people telling him to get out of the boys' toilets and calling him sweetheart and darling.

"But it has not bothered him at all. I just said to do what he wanted because it is his hair. He's now gone for a Gareth Bale style.

"It's bonkers - he walks into the room and every time I have to remind myself it's him."

Sidney had to wear bandanas to keep the hair out of his face and when the school would not let him in, he resorted to keeping it tied back.

Mrs Shepherd said: "He has had a bit of teasing from friends but also people genuinely thinking he is a girl.

"I don't think it has been deliberate but it is people who don't know him.

"In the last month or so he decided to have it cut - it was down to his waist.

"He was getting a little bit fed up by the end which might have pushed him towards getting it cut."

Sidney had his hair cut on Friday, September 16, by mobile hairdresser Gillian Storey, who works in Bolton. He raised £430 for Mind through a JustGiving page.

His aunt Barbara Lawson said: "I am very proud of him." To donate, visit www.justgiving.com/fundraising/SidneyBrown.