You are Here: Home » News » Women's push for pensions justice 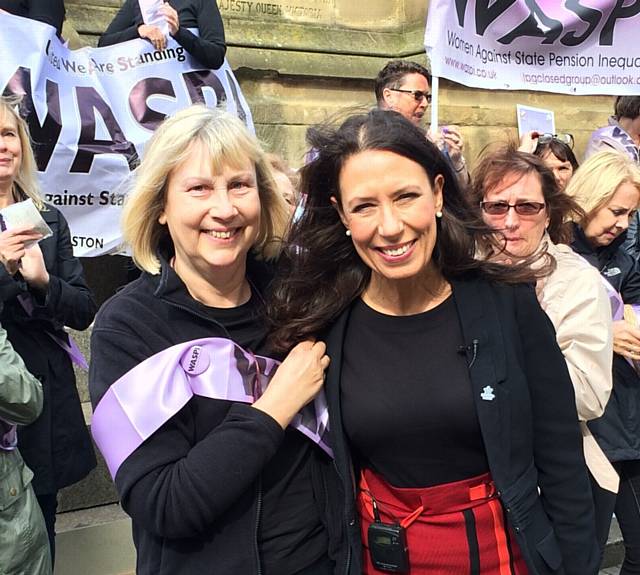 OLDHAM women have been given a voice in the fight to push the "social injustice" of state pension changes up the political agenda.

The government's 1995/2011 Pension Acts to increase the state pension age to 65 for women signalled severe financial hardship for many of those born in the 1950s.

Women Against State Pension Inequality (WASPI) is a national movement campaigning not against age equalisation, but the way in which the changes were implemented which left women little or no time to make alternative financial plans.

Up and down the country WASPI women have launched a fierce campaign, pursuing fair transitional arrangements in the form of a "bridging pension" to cover the gap from 60 to 65/66 with compensation for those who have already reached their state pension age.

Now a local WASPI group is joining the crusade thanks to campaigner, Elaine Fiveash, who has just launched an Oldham, Rochdale and Tameside branch to enable a significant number of the 99,000 women affected across Greater Manchester to get involved.

Elaine was part of a mass protest in Manchester city centre on September 16 where Oldham East and Saddleworth MP Debbie Abrahams addressed the crowds.

Elaine says thousands of Oldham women aren't even aware they are affected by the changes.

"There are a significant number of women affected by this in the east side of Manchester and the idea is to give them a voice to campaign the government for the injustice these changes have created. Many women involved have already been cheated out of equal pay during their working lives, have brought children up, cared for elderly relatives and have retired being disadvantage yet again."

"Many woman received very late or no notification at all of these changes.

"We don't want the age to be moved back to 60 we just want fair transition arrangements. "