You are Here: Home » News » Sturridge deserves a chance - Scholes 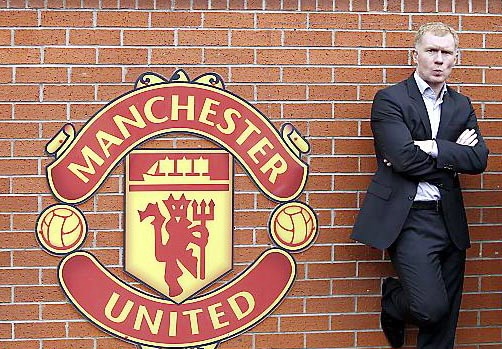 FORMER midfield star Paul Scholes has pressed a case for Daniel Sturridge to be given a chance to shine for England in their crunch all-British European Championship Group 'B' clash against Wales on Thursday in Lens.

England boss Roy Hodgson played Harry Kane up front on his own in Saturday night's opening finals game against Russia, which ended 1-1 in Marseille as Eric Dier's super strike was cancelled out by Vasili Berezutski's stunning stoppage-time header.

Now Scholes, who made 66 England appearances between 1997 and 2004, featuring in two Euro finals tournaments, is backing Liverpool front-man Sturridge to be handed a call.

The ex-Manchester City and Chelsea hot-shot only made 14 Premier League appearances in an injury-curtailed 2015-16 campaign, but Scholes believes he could be the man to upset the Welsh, who defeated Slovakia 2-1 in their Euro opener.

Scholes told the Chronicle: "I think if I was to change anything I'd play Daniel Sturridge instead of Harry Kane.

"I do like Kane, I think he's a great centre-forward, but I think if you're playing somebody up front on his own, you need someone with pace and skill, somebody who'll occupy the defenders a bit more. I think Sturridge would do that.

"For some reason it seems he's dropped right down the pecking order, but I still think he's England's best centre-forward and he should be playing.

"I know people are also talking about Jamie Vardy, but there are those other strikers in front of him.

"Let's not take it away from him, he could make a big impact with 10 or 15 minutes to go, with his energy and his speed.

"He can obviously score goals, but for now I just favour Sturridge and Kane."

Scholes clearly has confidence in Hodgson's England, but they must be wary against Chris Coleman's Welsh Dragons, before they later round off their group stage campaign against Slovakia on Monday.

"It should be straight-forward for England to qualify from the group stage," added Scholes.

"But it should have been straight-forward the other night.

"Now they just need to guard against that complacency.

"They got plenty of credit for the way they played against Russia, but of course the main thing was they didn't get the win."