You are Here: Home » News » Latics must shed players to gain players - Owen 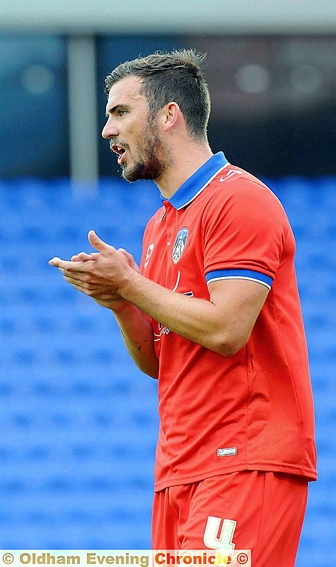 ATHLETIC are actively trying to get players out before more come in, director Barry Owen has confirmed.

Ex-Bradford winger Mark Yeates was set to undergo a medical this morning before signing a short-term deal. But when it comes to a strike replacement for injured front man Jake Cassidy, fringe players are candidates to be sent out to other clubs to ease the club's playing budget.

“We have spent all week looking at the market before the transfer window expires,” Owen said, speaking last night on radio. “We have players we would like to bring in and also we have some players who aren't fitting in at your club, who you need to get out.

“The club spent a lot of money in pre-season and the loss of Cassidy was a blow to us because of his physical presence. Somewhere, we have to find a way of moving some players out before others come in and we are working day and night to look at our options. We need another centre forward.”

The former Dundee United and Birmingham centre back, signed on a month's deal three weeks ago, has been released after not making the grade.

“He is someone who wants to play, so that makes us a centre-back down,” said Kelly. “But we have Timothee Dieng, who is versatile and can play at right back and centre back.”

Owen also told the radio audience of the problems Latics might face if the club was promoted to a Championship division full of wealthier clubs.

“Oldham, like Rochdale or Bury, wouldn't be able to sustain that level of expenditure. You wouldn't turn it down if you got promoted. Your income is better and you get better payments from the Football League and FA and sponsors. But it would be very difficult to sustain.”

::Latics has appointed Simon Brooke to the board of directors. Multi business award winner Brooke will be the representative of Trust Oldham, following the recent AGM and ratification from the Football League.

A season ticket holder since 1988, Brooke has been a pivotal figure at Trust Oldham since joining the the trust board last year. He said: “I count myself extremely fortunate and privileged to be taking on this important role.”