You are Here: Home » News » Latics search for new boss nearing its end 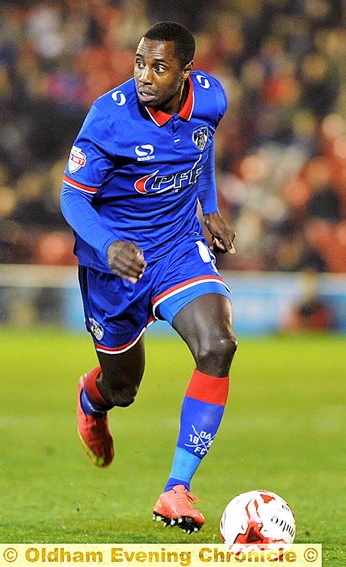 ATHLETIC hope to be able to officially unveil their new manager within the next couple of days.

Negotiations with the club's chosen man continued over the weekend and club officials are confident that an appointment is close.

"We are expecting to make an announcement within the next 24 to 48 hours," a club spokesperson told the Chronicle this morning.

Athletic are keen to get a deal over the line quickly, in order to begin squad-building efforts in earnest ahead of pre-season training.

And the installation of a new boss will given a timely boost to fans disappointed by the departure of Sheridan to the League Two club four weeks ago.

Jonathan Forte has been linked over the weekend with a move to Meadow Lane.

In talks with Athletic over a new deal, the out-of-contract 29-year-old could opt to reunite with Sheridan.

Forte has landed 19 goals in 65 appearances for Athletic over two seasons. His recent campaign was disrupted by injuries, but he finished strongly and has attracted the attention of other clubs.

Captain Liam Kelly could also be set to leave Athletic, having had a medical at Leyton Orient late last week.

Meanwhile, Athletic have staved off fears over a winding-up petition issued against the club.

A notice in the London Gazette detailed that the club were up before a hearing today, but Athletic have confirmed that money owed has already been settled.

"We are aware of the winding up petition brought by HMRC scheduled for Monday, June 20 and our legal advisers are dealing with it," read an Athletic club statement.

"The liability on which the petition is based was paid in full last month."