You are Here: Home » News » Thompson is fighting for fitness

Thompson is fighting for fitness 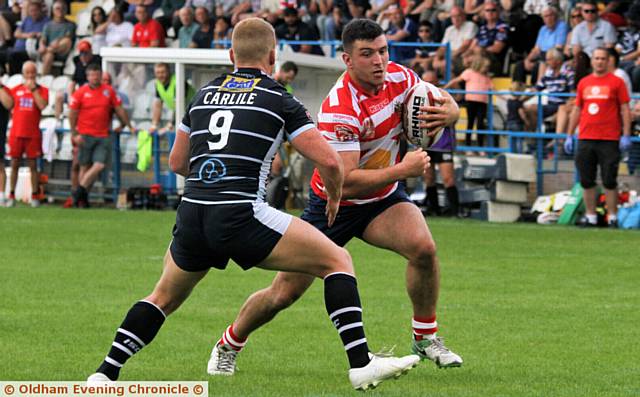 LIAM Thompson is battling to be fit for the home clash with Bradford Bulls on Sunday.

The forward played through the pain barrier during last week's defeat at Sheffield Eagles, competing despite still feeling the effects of a sternum injury before being forced off the field in the latter stages of the contest.

He is being treated along with a host of club-mates - the nearest of whom to fitness is Adam Neal.

The prop forward broke his jaw in the 14-12 home win over Toulouse last month. Since then, Oldham have lost four in a row, but after seeing a consultant the club hope he will be able to reinforce the pack within two to three weeks - in time for the climax of the Championship Shield campaign.

Danny Langtree has had a second scan on an injured bicep and club and player are awaiting results on that, while Richard Lepori will have a scan on his injured ankle on Tuesday in order to determine the type of surgery he will need.

Captain Gareth Owen, who is out for the season, has this week had an operation on an injured foot and begins the long road to recovery. He will be in plaster for up to eight weeks, but remains in a positive mood.