You are Here: Home » News » Oldham snap up Rhinos prospect 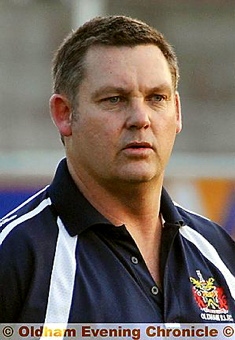 Said to be one of the most gifted prospects at Headingley, 19-year-old prop Daniel Smith has joined Oldham on dual registration to pair up at Whitebank with fellow Leeds youngster Colton Roche, who came through the Leeds-Oldham revolving door a couple of weeks ago — one of several to have done so in recent years

Oldhamer Barrie McDermott, head of youth development at Rhinos and one of this town's most famous rugby league sons, is the man behind the link.

"He is responsible for the development of the young kids at Leeds," explained Oldham boss Tony Benson.

"He is very impressed with Smith and thinks he has a big future. He believes time at Oldham will form an important part of his development.

Full-time, and a member of the first-team squad at Leeds, Smith stands 6ft 3in and weighs 17st 8 lbs.

Pontefract-born, he learned his early rugby with Castleford amateurs Lock Lane before joining the Leeds academy as a 15 year old.

He will be strongly considered for his Oldham debut against Rochdale Hornets at Whitebank on Sunday.

Oldham now have their maximum four temporary signings from other clubs