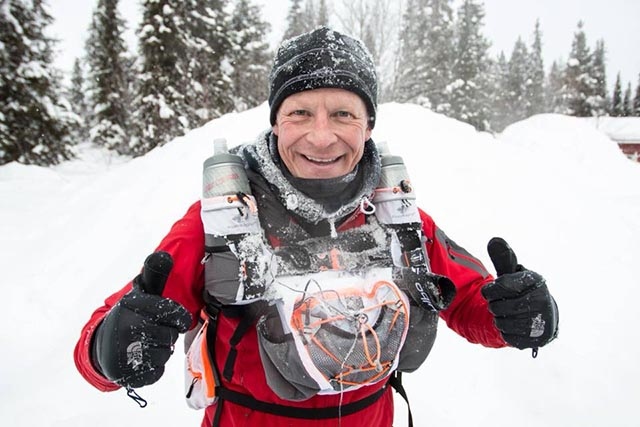 Steve – who completed arguably his toughest charity test ever last month, the Arctic Ice Ultra Marathon – has been specially invited to St James’s Palace in the capital to act as a guest speaker at a ceremony aimed at recognising the achievements of recent The Duke of Edinburgh’s Award, Gold Award, winners.

The ceremony – which takes place next Tuesday (March 20) - will be attended by HRH The Earl of Wessex and Steve will be presented to HRH as part of the occasion.

A number of young people from the North of England region will be receiving their Gold awards on the day, and a guest presenter at the presentation, Steve will be asked to hand out certificates on behalf of HRH to approximately 50 youngsters.

Steve will then give a short congratulatory speech, and share some of his experiences, before answering questions from some of the award winners.

Steve has previously conducted local talks and presentations for the Duke of Edinburgh awards.

However, he has never been to St James’s Palace before.

He has been to Buckingham Palace, in 2015 when he was awarded the MBE.

A delighted Steve said: “I feel very honoured to be invited by the Duke of Edinburgh Awards to be a guest presenter and present certificates at St James’s Palace.

“We’ll be celebrating the achievements of 280 amazing young people from across the UK who have achieved a Gold Duke of Edinburgh’s Award.”

Prior to his recent Arctic Ultra Ice Marathon challenge, some of Steve’s previous expeditions have taken him climbing up Mount Kilimanjaro, tackling Mont Blanc and trekking through the Sahara Desert.