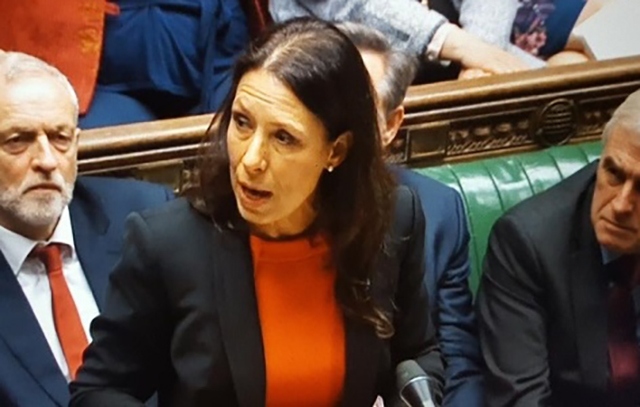 Oldham East and Saddleworth MP Debbie Abrahams has reacted with mixed emotions to the announcement that the Government will end unnecessary Personal Independence Payment (PIP) reviews for people with the most severe health conditions.

Mrs Abrahams has hailed a victory 'for common sense', but she reckons the PIP assessment systems is still in need of urgent attention, and possibly even scrapping.

Mrs Abrahams said: “At last the Government have taken heed of my warnings about this issue which I have raised repeatedly, most recently, with Esther McVey, on June 4, when I called for her to end reassessments for PIP for people with progressive conditions.

“At a time when a record 71% of PIP decisions are being overturned on appeal it is clear that the assessment process is not fit for purpose and it makes no sense at all to reassess people on the highest rate PIP who have progressive conditions.

“The Government must listen to the thousands of campaigners, MPs, and the recent report by the Select Committee on Work and Pensions which looked at the process.

"Their report found that the assessments caused unnecessary stress and anxiety for thousands of people who have been denied support unfairly.

"They also said the system was wasting public money by sending many decisions back to the courts.

“Once again the Tories have shown how disconnected they are from real life and how their ideologically driven austerity measures have blinded them to the damage they have caused to thousands of people with the most severe lifelong conditions.

“This is a hard fought for victory for common sense but the system still needs overhauling.

"We need to scrap the current PIP and Work Capability Assessment processes and ensure a holistic, person-centred approach with supporting claimants at its core.”