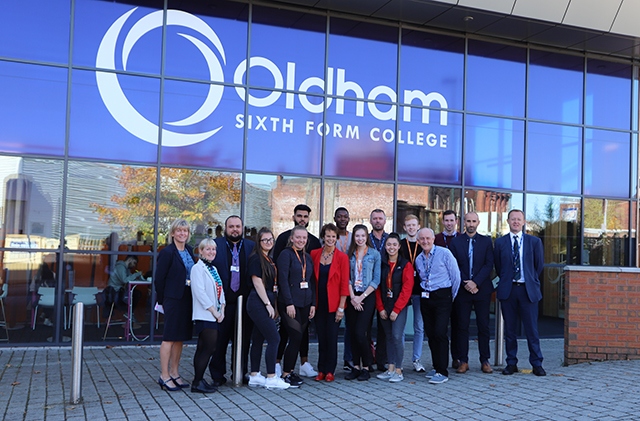 The Government’s Apprenticeships and Skills Minister Anne Milton was at the Oldham Sixth Form College today (Thursday), meeting with tutors and students and enlightening them with her thoughts on the new T Level examinations.

OSFC has been chosen to be one of the first providers to deliver T Levels from 2020 – new, gold standard technical qualifications equivalent to A Levels.

Mrs Milton, the Conservative MP for Guildford since 2005 and former Minister for Women, explained more about the T Level qualification.

She told the Chronicle: “One of the reasons we introduced it is because it’s been seen to be a really good technical educational route for young people to work towards BTECs and other qualifications.

“We wanted to make sure that these technical qualifications were designed by employers too, because what we hear from them is that young people come out of school, or even university maybe, without the skills they need.

“We’ve tried to turn things on their head by saying to employers ‘you design the qualification’ so students are coming out with the skills set they need.

“Therefore T Levels will be very occupationally based. They include 45 to 60-day industry placements, which I think is really important.

“For young people they should provide a good opportunity to try out something.

“We’ve done some pilots – it’s not easy, but employers are embracing it so far.”

Mrs Milton was asked why Oldham was to get the nod to deliver the T Level courses earlier than most other providers across the country. 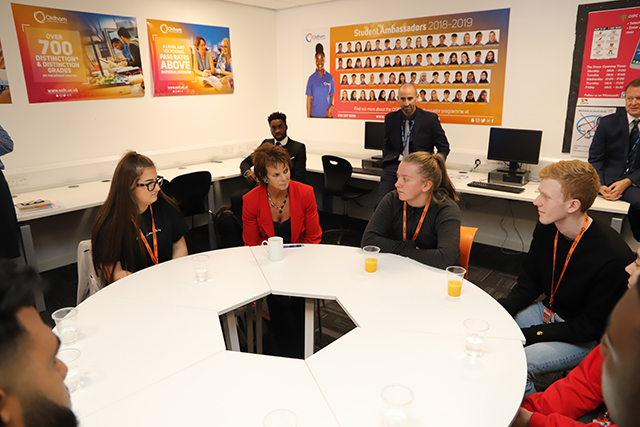 “We wanted to make sure there’s good distribution around the country.

“Students and staff have done some great work here, and I believe they will really leap ahead once the T Level courses begin.”

Mrs Milton admitted Government education funding for post-16-year-olds is ‘tough’ and faces continued ‘pressures’, a point picked up on by Oldham East and Saddleworth Labour MP Debbie Abrahams as she responded swiftly to the Minister’s visit to town.

Mrs Abrahams said: “While it’s welcome that the Minister has made a whistle-stop visit to Oldham Sixth Form College to look at the T-Level pilots and see the excellent work the college does across the board, she should also take time to reflect on the chronic underfunding of 16-18 education.

“Despite research showing sixth form colleges perform highly, particularly for those from disadvantaged backgrounds, the funding level has remained unchanged since 2013/14.

“The Minister must commit to sustainable core funding for our colleges, as in order to deliver world class technical education she can’t avoid the impact of years of cuts on the sector.”