You are Here: Home » News » Main News » From bedroom to boardroom - Chadderton lad Ryan is a viral sensation

From bedroom to boardroom - Chadderton lad Ryan is a viral sensation 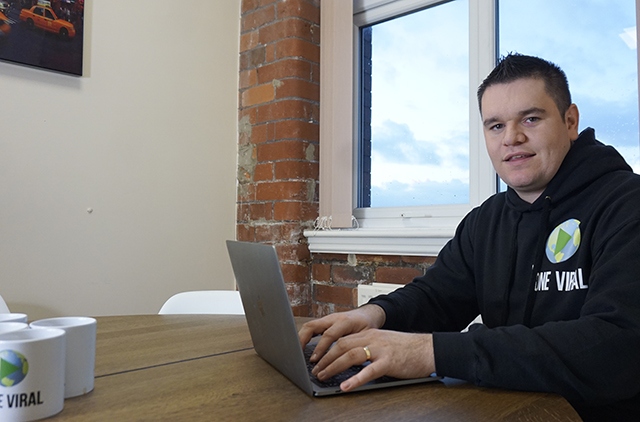 An entrepreneur from Chadderton has taken the internet by storm with hilarious videos attracting billions of views.

It’s Gone Viral, which follows in the footsteps of LadBible, is the brainchild of former North Chadderton School pupil Ryan Williams and fellow co-founders Andrew Trotman and Matthew Thomas.

It has become one of the UK's fasting growing social media companies.

Williams, aged 29, said: "I've always dreamed about doing something like this but never thought it could actually happen.

"The success is mind-blowing - I'm in complete shock by how fast it's moving, it's getting bigger and bigger every day.

"Admittedly at times it can be stressful, but on the whole it's been very exciting.

“I’m so proud to be competing with sites like Ladbible.

"We’re growing at such a rate that we’re even looking to move out of our Rochdale office and join the giants of social media in Manchester town centre.”

The It’s Gone Viral Facebook page now boasts an astonishing 2.5 million fan base after just two years of it launching from Williams’ bedroom.

The Chadderton lad said he was heavily influenced by his dad to give up the safe 9-5 job and to pursue his dreams of starting It’s Gone Viral. 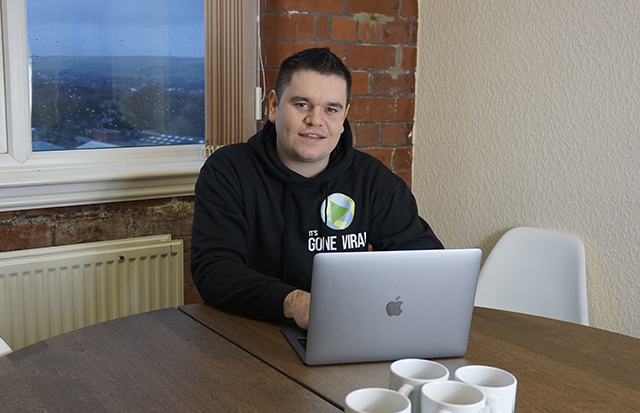 He said: "As it started to take off in 2016, I was in two minds on whether to leave my safe 9-5 job in IT at Manchester Metropolitan University and really go for it, but after speaking with my dad and my wife, who were incredibly supportive, I decided to take a leap of faith and I've never looked back!"

Having landed his dream job creating and sharing viral video content, the father of two now runs a tight knit operation with his team of five employees uploading daily videos to the site that attracts a global audience.

The site's satire of everyday problems seems to have struck a chord with the general public and Williams believes they have found a winning formula:

The former Manchester Metropolitan University IT specialist added: "We always look to draw from our own experiences and create relatable content making light fun out of everyday life. Also we try to uncover classic gems that have a nostalgic factor."

Parodies on the plight of parenthood, such as 'Parents Will Relate to This', have notched up a flabbergasting 100 million views.

Check out one of their latest videos at the official 'It's Gone Viral' Facebook page.