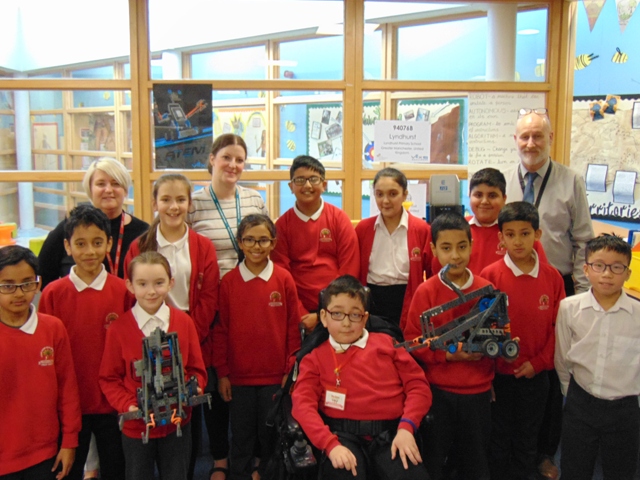 Lyndhurst Primary School in Oldham is one of the 15 schools within Focus Trust that have been crowned winners of the regional finals of an international robotics competition.

The school was the only one to attend Greater Manchester’s regional finals with the team’s resilience and technical performance seeing them come out on top against teams of much older children to secure a place in the national finals, which took place in Telford last week.

The challenge, tasks pupils with designing and building a robot to compete against other teams in a game based, engineering contest, presented by the Robotics Education & Competition Foundation.

One of only six primary schools across the country to make it through to the national finals, the team from Lyndhurst travelled down to Telford’s International Centre to compete in the two-day event and they were then ranked 45th, placing them higher than around a quarter of the teams competing.

Head of Science and Technology at Lyndhurst, Collette Donnelly, who led the children through the competition said, “The whole school are so delighted with how well the children have done in the VEX IQ Challenge. Each and every one of them are assets to our school and should be extremely proud of what they have achieved.

It was heart-warming to hear the team speak with such confidence and passion when the judges asked them about their progress and hopes for the future, especially since the vast majority of competitors were much older than our children.”

The children were praised by the competitions organisers for their ‘excellent communication skills’ and ability to liaise with other teams. They look ahead to take on the challenge again next year.