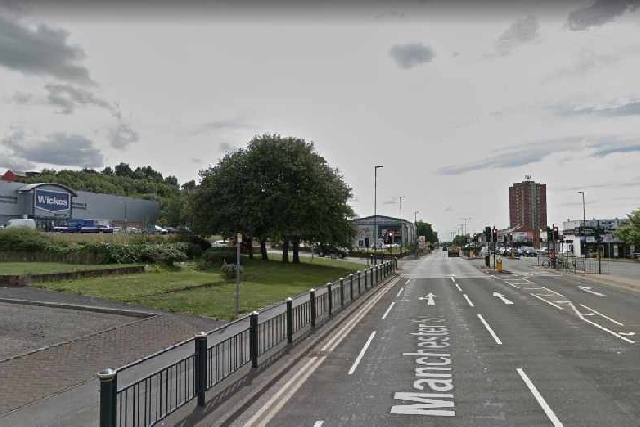 A collision between a number of cars on one of the major roads into and out of Oldham resulted in long delays shortly after the end of Wednesday morning’s rush hour (10th April).

Greater Manchester Police have confirmed they were called to Manchester Street in Oldham at around 7.30pm following reports of a crash between three cars at the crossroads close to Wickes Superstore.

As a result of the collision, involving a grey Jaguar E Pace, white BMW M3 and a blue Toyota Auris, traffic built up in both directions while investigation and recovery work took place.

Along with the Police, North West Ambulance and Greater Manchester Fire and Rescue Service also attended the scene.

Despite the scale of the crash it’s been confirmed nobody was seriously injured with people only treated for minor injuries.