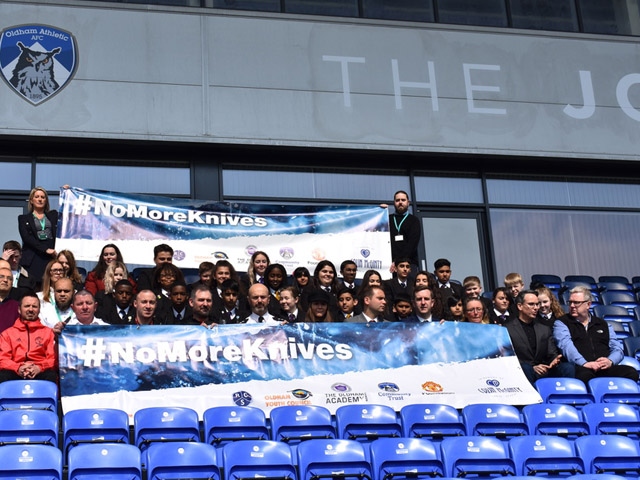 Through a series of events involving the entire academy community and several external agencies, the students and staff of The Oldham Academy North have come together to raise awareness around knife crime.

Fortunately, knife crime is not an issue at The Oldham Academy North. However, the academy is keen to give its students the opportunity to openly discuss what more needs to be done to tackle the problem.

As teachers, we know just how vital it is for our young people to have a voice in this debate.

The campaign is being run by Deputy Headteacher Rob McGinty in memory of his brother Colin, who was fatally stabbed when he was just 21 in a tragic case of mistaken identity.

To mark what would have been Colin’s 40th birthday, Rob and his family have planned a number of events to promote the #NoMoreKnives campaign.

The campaign will form part of a borough-wide initiative which will deliver information sessions to students across schools in Oldham including at partner school E-ACT Royton and Crompton Academy.

The academy feels that young people must be included in the conversation around knife crime, even in those schools, areas and communities where it is not considered to be an issue.

More than 100 boys and girls from the Manchester area took part enabling a strengthening of community links and raising awareness of the campaign. 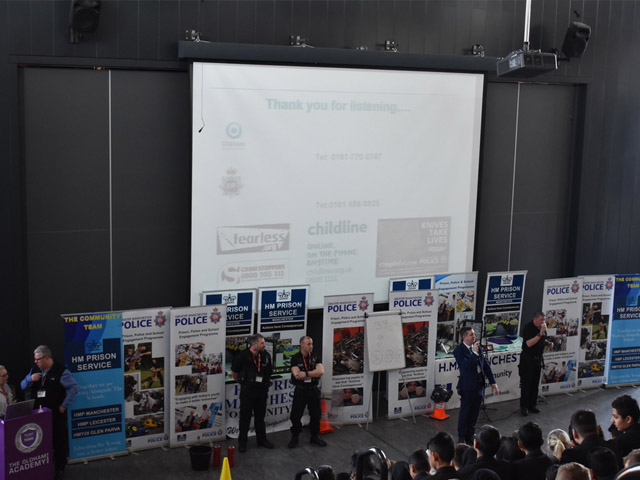 On Monday 8th April 2019, The Oldham Academy North hosted its first all-academy awareness day in support of the campaign.

Every lesson throughout the day focused on knife crime awareness, giving students the chance to openly discuss and debate the issue.

Students had engaging discussions about what social media companies could do to try and help prevent knife crime and they also created some powerful graphics on the subject.

Oldham Athletic A.F.C also invited students from the academy to Boundary Park to promote the campaign. #NoMoreKnives t-shirts were worn and a banner was displayed across one of the stadium’s stands.

On Saturday 13th April 2019, students are invited to Oldham Athletic A.F.C for their match against Swindon Town.

The match day programme will feature TOAN students’ work around the #NoMoreKnives campaign and players from both teams will wear #NoMoreKnives t-shirts while warming up.

E-ACT, the trust that runs both The Oldham Academy North and E-ACT Royton and Crompton Academy recognises that it isn’t just about physical wellbeing, but mental health too.

The trust is therefore training every one of its teachers in mental health first aid so all students can be supported when they need it most, especially when a topic as harrowing as knife crime is being so openly being discussed.

Chris Davis, Headteacher of The Oldham Academy North said, “Even at an academy like ours, where knife crime simply isn’t an issue, we have taken a proactive approach to raising awareness of the dangers of knife crime by giving our students the platform to openly express their opinions and thoughts on the issue.

The safety and wellbeing of our students is of the utmost importance, and we hope that this awareness day has given our students the opportunity to express their views, especially in light of the number of incidents being reported in the media at the moment.”

Mr McGinty, Deputy Headteacher said, “As educators we have a responsibility to safeguard the children in our care – and raising awareness on this important issue is part of this. As teachers, we mustn’t shy away our students are hearing about these crimes, so their opinions must be heard.”

A Year 9 student at The Oldham Academy North, “I have learned a lot today about the impact of knife crime and will be sharing some of the facts and information amongst my friendship group. Actions have consequences and it is certainly not cool to carry a knife”.