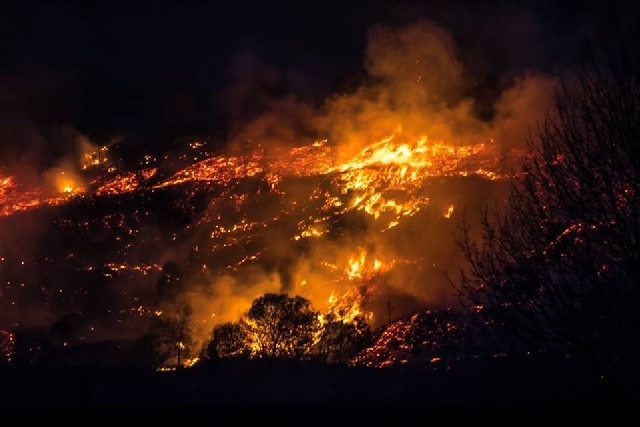 The Oldham Evening Chronicle has seen shocking footage of the latest moorland fires raging yards away from businesses and people’s homes across Oldham, Tameside, West Yorkshire and Derbyshire.

It’s believed as many as five separate fires are still burning on Marsden Moor, Tintwistle, Stalybridge, Delph and Uppermill with fire crews advising people to avoid the area and keep their windows and doors closed.

It was at around 2pm on Easter Sunday when The National Trust first reported a fire at their estate on Marsden Moor, they have since said they believe it was started by a barbeque on one of the hottest weekends of the year.

Since then further fires have started on grassland which has been dried out by the sun over the past couple of days.

Helicopters were drafted in on Easter Sunday and Bank Holiday Monday in a bid to dampen down the flames and give fire crews a chance of bringing the situation under control but it appears they’ve not been successful with firefighters still battling the flames.

Greater Manchester Fire and Rescue Service have advised people not to panic adding: “If anyone living near the ongoing wildfire in Uppermill are concerned, don't panic, it looks bad but we are on top of it. The wind is now on our side & officers dealing with it have said they don't expect it to affect any properties, just please keep windows and doors shut.”

Crews are understood to be using beaters along with water to try and put out the fires. 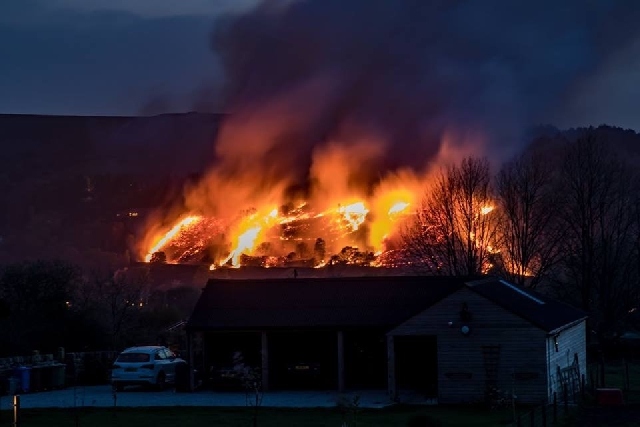 The five fires currently been tackled by firefighters from Greater Manchester, Derbyshire and West Yorkshire aren’t thought to be linked but a result of the hot Bank Holiday weekend and, in some cases, people not taking care when on moorland with barbeques. 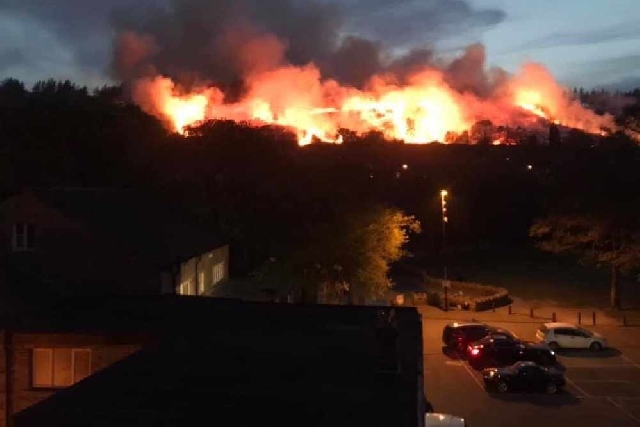 Smoke can be seen for miles around with people in Oldham commentating that they can smell the fires as far away as Chadderton.

It’s not known how many firefighters are currently tackling the fires but it’s thought in runs into the dozens. 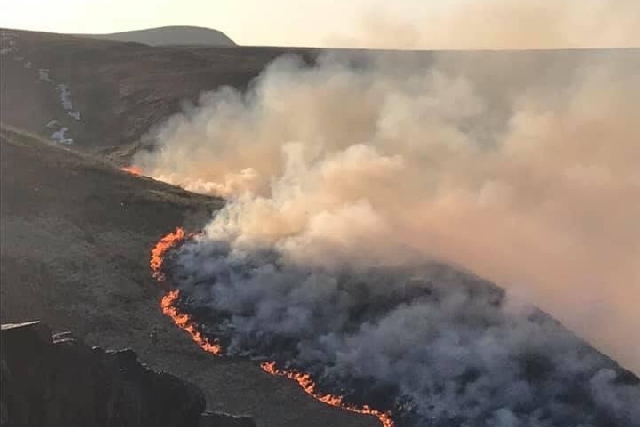 Greater Manchester Fire and Rescue Service have also asked people to keep the roads around Uppermill, Delph, Denshaw, Saddleworth and Stalybridge clear so they can respond to new pockets of flames should they start.