You are Here: Home » News » Main News » Nearly half of kids in Oldham are living in poverty

Nearly half of kids in Oldham are living in poverty 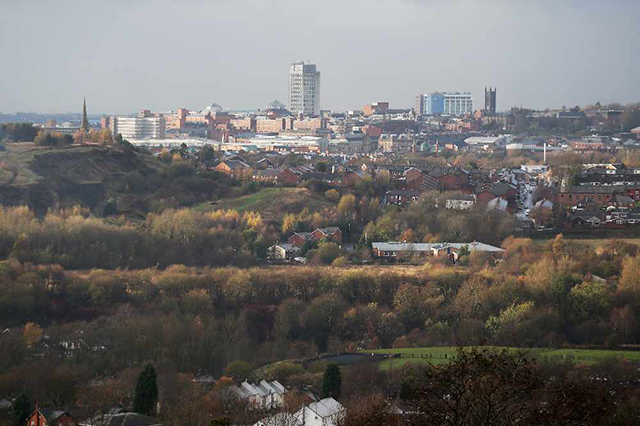 The Oldham Evening Chronicle has seen shocking figures which claim that nearly half of all children in Oldham are living in poverty after housing costs have been taken into consideration.

That’s the findings of the latest report from the End Child Poverty coalition who are calling on the Government to come up with a plan to try and tackle the number of children living in poor conditions.

Across Greater Manchester, Oldham and Rochdale were ranked among the worst boroughs in terms of the number of people in poverty with Oldham the worst outside of the City Centre.

According to the figures 40.4% of children in Oldham are classed as living below the bread line, an increase of 0.1% on 2018.

That includes areas such as Werneth were two thirds of children (66.20%) are living in poverty while in Coldhurst, which is regularly ranked as one of the most deprived areas in the whole of the country, the number is 60.9%.

Rochdale comes out third on the list, or second among regions outside of the city centre, with 40.1% of children living below the bread line.

“We know that Greater Manchester is home to some of the highest rates of poverty in the country. There is a huge appetite locally to address poverty and increasingly stakeholders from across the public, private and not-for-profit sectors are coming together to take action.

However, local efforts are hampered by cuts to the welfare system and public services. Central government must re-introduce a meaningful anti-poverty strategy, with reversals to cuts in benefits and reforms to Universal Credit central to that strategy.

Child poverty is a scar on the nation and is damaging the lives on children and young people across Greater Manchester. It is time for action.”

Councillor Arooj Shah, Deputy Leader of Oldham Council, said: “We know Oldham has areas where child poverty is a significant challenge and there’s many factors driving this. These include austerity, the four year freeze on social security benefits, low quality rented homes, low skills, stagnant wages and increasing living costs. There’s also growing numbers of ‘in work’ poverty, where at least one family household member works, and the poverty premium, which means people that can least afford it actually pay more for goods and services like energy tariffs.

“Oldham was also an early adopter of Universal Credit and has high levels of people dependent on council services which have had their funding repeatedly cut by the Government when they are needed the most.

“Oldham Council is working hard alongside communities and partners like the Oldham Poverty Action Group to tackle these issues together. One example is the Oldham Opportunity Area, which is targeting specific places to improve literacy and give children with disadvantaged backgrounds the language skills they need before they get to school, rather than being left behind from Day One. We also have schemes underway to investigate and tackle poverty during the school day, plus a holiday hunger scheme which provided thousands of healthy meals during summer holidays last year.”