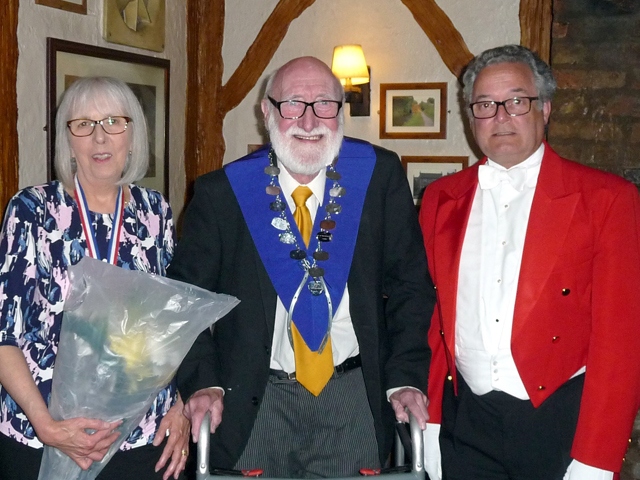 Mr Heffernan received praise and a huge welcome at his inauguration

Veteran councillor Derek Heffernan has made an emotional return to a community who had taken him to its heart to receive a special accolade.

Mr Heffernan received praise and a huge welcome at his unique inauguration as Mayor of Austerlands.

The event marked a hat trick of civic titles for Derek who had been a Mayor of Oldham and past chairman of Saddleworth Parish Council.

And the veteran councillor became  the community’s 20th mayor since the custom was reintroduced in 1998 after the discovery of the old clog iron in the village’s former Red Lion pub. 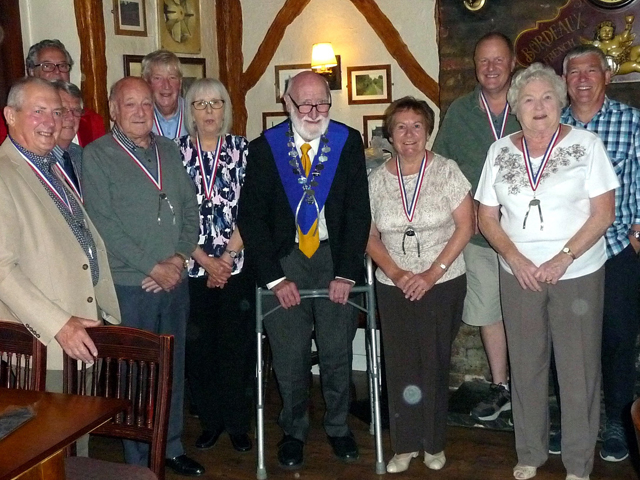 This year’s ceremony at the Old Original, Scouthead, was attended by a  galaxy of former Austerlands Mayors (pictured);and Derek came with his son, Andrew, as his wife Di could not be present  thorough circumstances beyond their control.

Derek said: “I was overwhelmed. It  was wonderful to be welcomed back into the Austerlands community which I was sorry to leave 20 months ago.

“I felt everyone wanted to recognise what I have done over the years. It felt very personal.

“Being allowed to represent the village and Saddleworth North has been a honour and being  presented with the Clog Iron completed a great trio of medals that I have been privileged to wear. I am proud to be part of the great community tradition.”

And when he received a Yorkshire tie, presented by Michael Hall of the White Rose Society, he quipped: “Thank for making me an honorary Yorkshire man for this year. 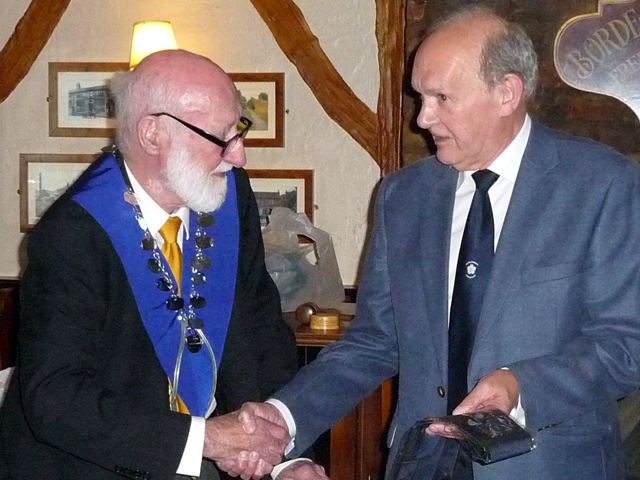 “I will wear the tie at all Austerlands events. I am sure that I must be one of very few Cumbrian, Mancunian, Lancastrian Tykes.”

Before the inauguration,  retiring mayor Joan Sykes presented a cheque for £400 to Betty Tomlinson of League of Friends at the Royal Oldham Hospital, money she had raised in a the Saddleworth Santa Dash.

His second duty will be to welcome the first band to play at Scouthead on Whit Friday.