You are Here: Home » News » Main News » Oldham Mountain Rescue to receive award from the Queen

Oldham Mountain Rescue to receive award from the Queen 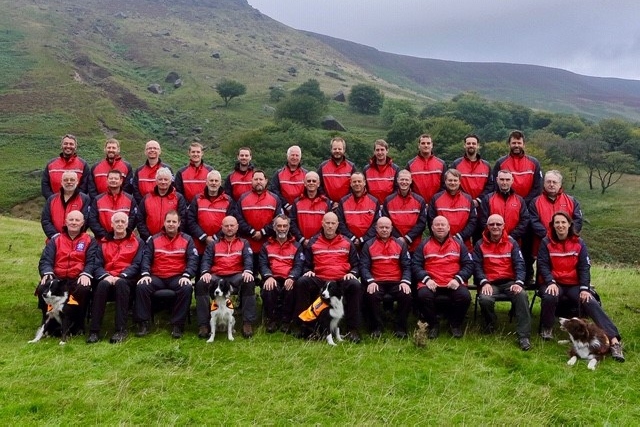 The courageous Oldham Mountain Rescue Team have been honoured with The Queen’s Award for Voluntary Service, the highest award a voluntary group can receive in the UK.

The stalwart team’s primary role is to help injured or distressed in remote and difficult-to-access locations, however, their expert skills often called upon to assist the local community when needed.

Severe weather events, such as snow or flood, and major incidents like last year’s devastating moorland fires are just some examples where the volunteers are on the front line.

OMRT’s proud team leader, Rob Tortoishell, 39, who lives at Mossley, said: “I am delighted that the Team’s work has been recognised with this prestigious award.

“And it’s a recognition which needs to be extended to the local community, whose assistance is vital for us to be able to function.”

Representatives from OMRT attended a garden party at Buckingham Palace in May, along with other recipients of this year’s Award.

He said: “I’m proud, pleased, honoured that the team are receiving this important award.

“I sincerely hope each member of the team, past and present, feels they are able to share in this accolade that puts a measure on what they have achieved over the last 55 years.

“The award is incredible and will surely be an important motivating spirit for all the team’s future activities.

“I have had the pleasure of seeing the team develop over the years and feel proud to be associated with a group of people and friends who consistently put themselves second when there is someone in need.” 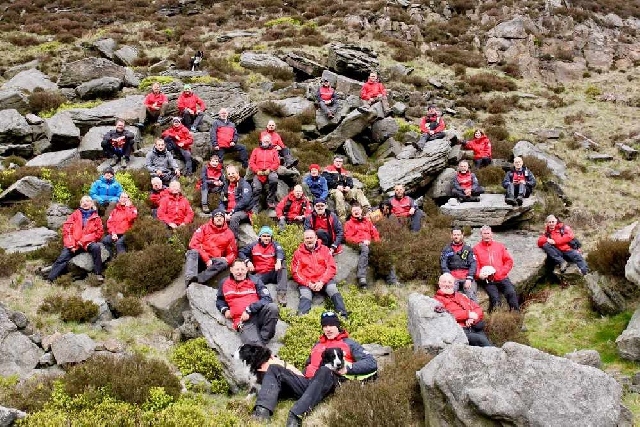 Mick Nield, who lead OMRT for 25 years and received an MBE last year, said: “This Queens Award is a fantastic news for the team and the whole community who give us such unstinting support.”

OMRT is one of 281 charities, social enterprises and voluntary groups to receive the prestigious accolade this year. Winners are presented with a commemorative certificate signed by The Queen and a domed glass crystal.

The number of nominations and awards has increased year on year since the awards were introduced in 2002, showing that the. voluntary sector is thriving and full of innovative ideas to make life better for those around them.

The Queen’s Award for Voluntary Service aims to recognise outstanding work by volunteer groups to benefit their local communities. It was created in 2002 to celebrate the Queen’s Golden Jubilee.

Winners are announced each year on June 2 – the anniversary of the Queen’s Coronation.

This year’s award winners include volunteers helping people overcome mental health problems through sport, volunteers using caravans as mobile cafe/information centres in geographically remote locations and another group mentoring children who have a parent in prison.

Last year, OMRT spent approximately 3,700-man hours on front line operations which did not include training or fundraising, all of which are done in members’ spare time.

The team is wholly funded by donations from the community, individuals and businesses.

More information on the winners and the award can be

Any group of two or more people that has participated in voluntary work for more than three years can be nominated for the award. Full details on how to nominate are available at http://qavs.direct.gov.uk/