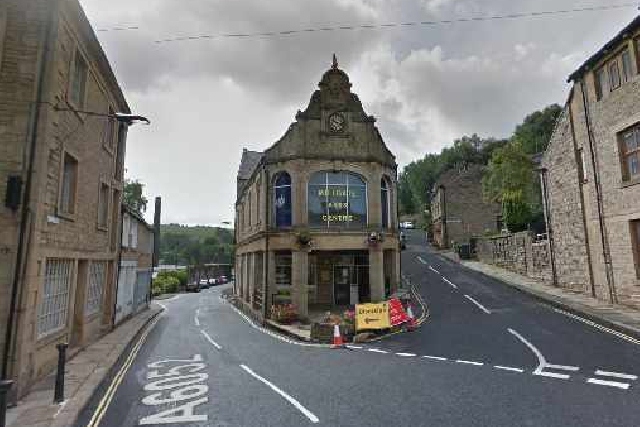 Millgate Arts Centre was silenced after a single complaint

An historic clock silenced under nightime curfew, will chime again over a Saddleworth village.

The timepiece which had chimed hourly for more than 100 years was stopped after a solo complaint was made to Oldham council about the 24-hour chimes at the Millgate Arts Centre, Delph.

The council paid £2,000 to fit a night time silencer which ensured the clock did not chime from 11pm until 7am seven days a week.

But now the complainant has left the village and the community are hopeful the chimes will ring in time for the village’s Whit Friday celebrations on June 14.

There was a furious backlash from villagers when the move to silence the ancient timepiece was first mooted.

Ian Shepherd, the arts centre chairman, said the resident had argued the clock bell was keeping him awake at night.

But after meeting representatives of the environmental health office and Saddleworth and Lees district partnership, he said: “Oldham Council have a duty to investigate noise complaints.

“The council own the clock and building but obviously wouldn't serve any enforcement notice on themselves, so a compromise needed to be found.  Currently the clock has no facility to silence the bell at specific times.

“Anticipating what environmental health officers would say, I had previously approached another department within the council, requesting funding to carry out recommended maintenance and fit a night time silencer.

“The council agreed immediately to this request and I was able to instruct the contractor to proceed.

“The bell has remained silent at night since then it will ring until 10pm, then stay silent until 8 am when it will chime again.”

He went on: “Millgate Arts Centre have agreed to provide the power to operate the silencer, and already do so for the clock face night illumination at winding mechanism.

“The council were very sympathetic to views of the community, but are limited on the courses of action open to them.

“I feel this is the best option available and welcome the substantial funding they agreed to achieve this compromise.   Had funding not been forthcoming, the bell would have remained silent at all times.

“Oldham Council should be thanked for their prompt response to my request, and the way they have handled the situation.”

But speaking today Mr Shepherd said:” I have been overwhelmed with reactions to the belief the clock will chime again at night very soon.”

Oldham council say they are investigating the situation.