You are Here: Home » News » Main News » Branches of William Hill in Oldham could close

Branches of William Hill in Oldham could close 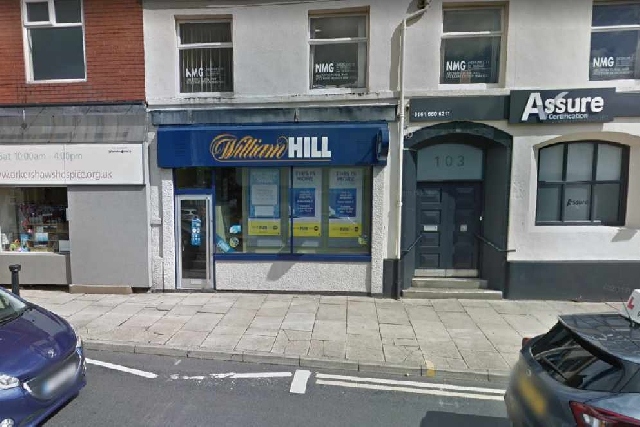 This store in Lees could be one to close

Bookmakers William Hill are blaming the Government after announcing a massive series of branch closures which could impact betting shops in Oldham, Rochdale and Tameside.

In all 700-stores are going to close their doors for the last time with some closing as early as later this year.

The betting firm says they expect around 4,500 jobs to be involved with a “large number of redundancies anticipated” as part of the closure programme.

No list of the stores due to close has been released but it’s anticipated a number could go across our region with a total of 23 stores currently operating in Oldham, Rochdale and Tameside.

The company claim the Government’s decision to reduce the maximum stake on fixed odds betting terminals, found in all shops, to £2 by 1st April 2019 is to blame for the decision.

They say they’ve now entered a consultation process before announcing which shops will go from the high street.