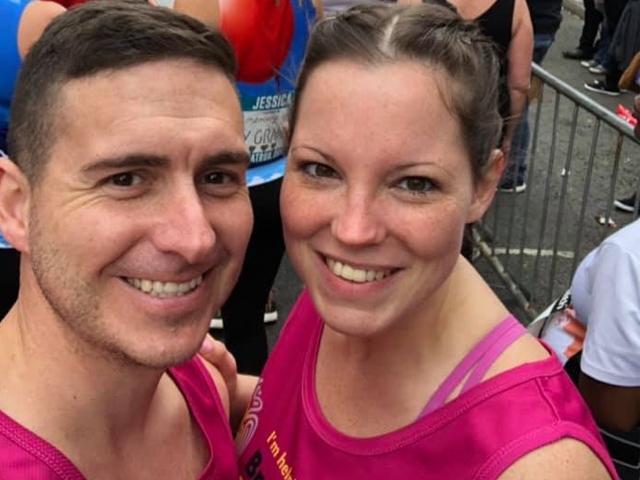 Neil and his wife Alex

A Middleton man, who was diagnosed with a malignant brain tumour, is hosting a football tournament and family fun day, to raise money for the charity Brain Tumour Research.

Neil Taylor was 32 when he was diagnosed with a grade 3 astrocytoma in February 2017, after suffering seizures in his sleep.

Recently married and looking forward to the birth of their first child, the news floored the young couple but the diagnosis spurred them on to raise money to help fund the fight against brain tumours.

Alongside his wife Alex, 26, in November 2018 Neil, a franchise supervisor at McDonald’s restaurants, launched the Fundraising Group Neil’s Appeal under the Brain Tumour Research umbrella. Since then they have raised over £15,000.

Tagging themselves on social media as #TaylorsWarriors, they have previously produced a naked fundraising calendar and enlisted the support of Neil’s employer, to help exceed their target of raising £10,000.

The football tournament is taking place on 13 July at Goals Manchester. Ten sides have signed up to take part in the five -a-side competition.

This is the second such tournament Neil has organised in aid of Brain Tumour Research. Last year the event raised over £4,000 towards research into the disease, which kills more children and adults under the age of 40 than any other cancer. 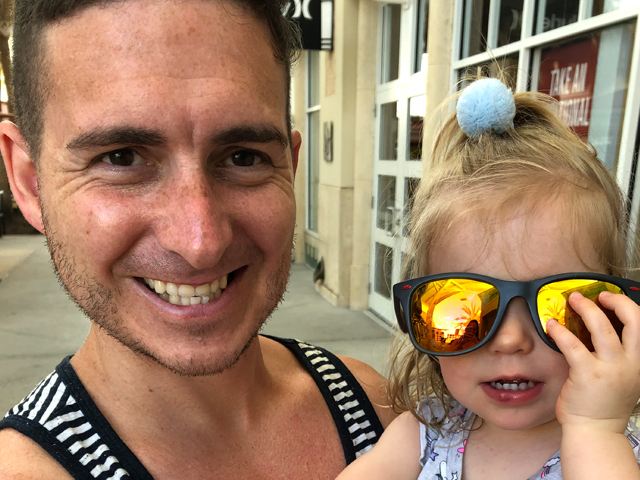 Neil’s wife Alex, who is a qualifying paralegal, training to be a solicitor, said, “The football fundraiser was a massive hit last year and we’re hoping it will be just as successful this time round. The cause is so important to us and we are committed to doing all we can, in order to raise as much money as possible to improve treatments and find a cure.”

The tournament will coincide with a family fun day, which will feature a children’s entertainer, music and games for all the family.

Manchester United fan Neil has secured some impressive raffle prizes, including afternoon tea at Slattery’s in Whitefield and a signed photograph of United striker Romelu Lukaku.

Neil said, “The most incredible thing about setting up Neil’s Appeal has been all the support we’ve been getting from our friends, family and even strangers. It’s really humbling what people are doing to support me and the thousands of others who are dealing with this terrible disease. Together we will find a cure”

Neil, now aged 34, has undergone surgery, radiotherapy and chemotherapy. He had to surrender his driving licence for two-and-a-half years but has recently got it back after a quarterly scan revealed the tumour hasn’t grown.

His scans have now been reduced to bi-annual and he continues to feel well.

He added, “The last couple of years have been a rollercoaster of emotions. Getting the news about my brain tumour not long after our wedding, when Alex was pregnant with our daughter Annabelle, was really devastating.

Annabelle is now coming up to her second birthday, which is obviously an important milestone in more ways than one.

“The treatment has been gruelling and a great deal of uncertainty still lies ahead but I am determined to continue to fundraise for research into this disease, which is so critically underfunded.”

Brain Tumour Research funds sustainable research at four dedicated centres in the UK; it also campaigns for the Government and the larger cancer charities to invest more in research into brain tumours in order to speed up new treatments for patients and, ultimately, to find a cure.

Brain Tumour Research is calling for an annual spend of £35 million in order to improve survival rates and patient outcomes in line with other cancers such as breast cancer and leukaemia.

Michael Thelwall, head of community fundraising for Brain Tumour Research, said, “Our sincere thanks go to Neil, Alex, and all their supporters, who fundraise tirelessly for research into brain tumours.”

“Their hard work is also helping us to raise awareness of the fact that historically, just 1% of the national spend on cancer research has been allocated to this devastating disease and, with the help of our Fundraising Groups and supporters, we are proud to be changing this.