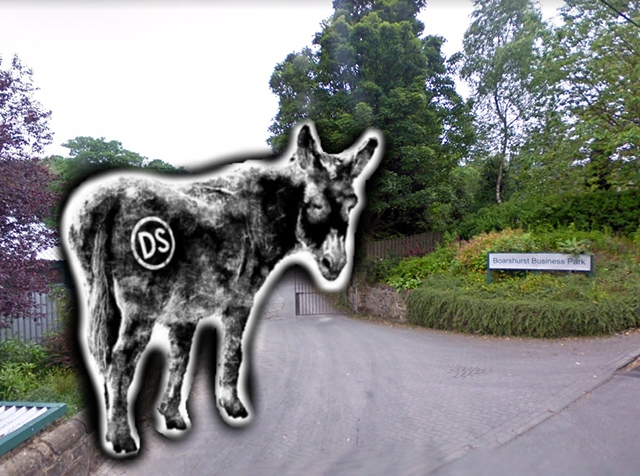 A popular Saddleworth microbrewery has been denied planning permission for a tap room after neighbouring residents complained it had turned into a ‘pub in their back garden’.

The Donkeystone Brewing Company had applied retrospectively to change the industrial use of the floorspace at their unit at Boarshust Business Park to be used as a drinking establishment.

Reaction to the application had prompted 142 letters of support, but also around 70 objections from neighbouring residents in Greenfield.

Officers had recommended the application for approval, with a number of stringent conditions attached that they said would control noise and disturbance from people drinking, and smoking outside the unit.

But the committee went against their report, saying the amount of noise from the change of use would be harmful to residents.

Objector Alex Flanagan, who lives on Kinders Lane, said they had lived near to the light industrial unit ‘undisturbed’ until the brewery opened in 2017 with a small ‘ancillary tasting bar’.

While they have ‘nothing against the brewery itself’, objectors were concerned that it had ‘unlawfully morphed’ into a bar, with live music and events.

“Local residents have had a pub open in their back garden every weekend,” he said.

“We have children shouting, playing, kicking footballs against fences and adults drinking, smoking and even urinating against fences.

“How would you feel about this if it was in your garden?”

Speaking on behalf of the brewery, Steven James said that when they first moved into the unit they spoke with planning and licensing and were advised that a tap room was an ‘ancillary use’ of the brewery.

Currently the tap room offers a ‘quiet, relaxed venue’ for people and families in the area.

“It is not being used as a 24-hour party venue as the objectors would like you to believe,” he told councillors.

“Over the past two years there have been no issues of antisocial behaviour related to the tap room that can be proved.

“A tap room is a vital part of any modern microbrewery of our size. It allows us to showcase our products at their very best from the source.”

Over the past six months their growing popularity had meant they had created three new full time jobs, so that they employ five full time staff and four part time staff at the brewery.

The tap room was only open to the public on Fridays, and over the weekend, and only to the latest time of 10pm.

But if they were denied permission, Mr James said they would be forced to move the brewery to a new location where a tap room would be allowed – possibly out of the borough.

However, acting chair, Councillor Barbara Brownridge, said: “My concern is that we hear very strongly from residents that there is a noise nuisance being caused there.”

She proposed that the application be refused, but on the ‘clear understanding’ that the brewery could come back with a scheme to address to the noise issues which would address the committee’s concerns.

This was backed by a majority of councillors.