You are Here: Home » News » Main News » Oldhamers can vote for Debbie to be crowned MP of the Year 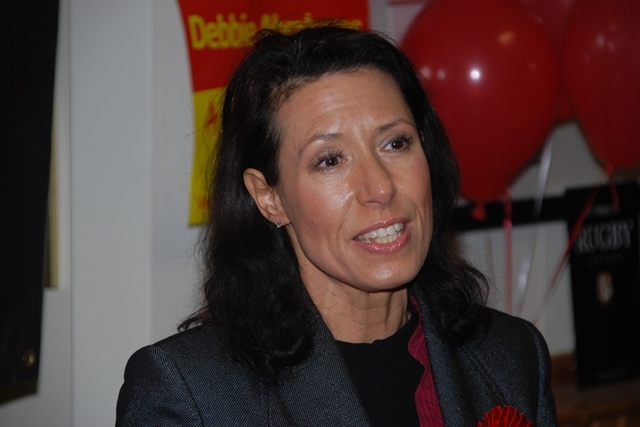 The public are being invited to cast their votes for the MP of the Year 2019 award, which includes Oldham East and Saddleworth MP, Debbie Abrahams, among the nominations.

Mrs Abrahams said: “I’m delighted that my efforts to fight injustice; change attitudes to disability; and my work to bring communities together; tackle inequalities, such as late payments experienced by small businesses; and supporting young people are being highlighted by this nomination.

“Winning the MP of the year award would give me the platform to make even more in-roads into tackling these issues, both locally and nationally, so I’m very grateful to the members of the public who nominated me.”

To place your vote go to the Patchwork Foundation website and follow the links to the People’s Choice MP of the Year Awards: patchworkfoundation.org.uk

The awards - which will take place in December at the Speaker’s House in the House of Commons and are organised by the Patchwork Foundation - celebrate the work of MPs from across the country who actively work with underrepresented and disadvantaged communities across the UK.

The work that Mrs Abrahams has been nominated for covers three areas: supporting disabled people, including her work in promoting a dementia-friendly Oldham and UK; tackling inequalities and bringing communities together, including her annual ‘Working for your community’ summer school for young people which has been running for six years; and her award winning Be Fair - Pay on Time late payments campaign supporting small businesses.

The Patchwork Foundation created the awards to promote and highlight best practice of MPs across the country who work closely with diverse communities.