You are Here: Home » News » Main News » Saddleworth to lure Visitors to Manchester

Saddleworth to lure Visitors to Manchester 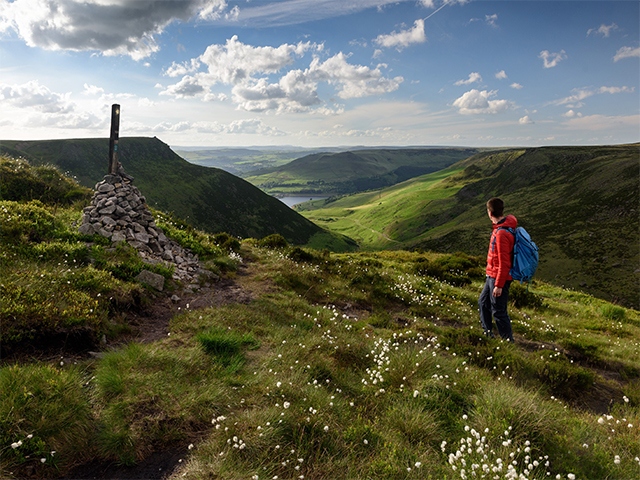 THIS dramatic picture of one of Saddleworth's most iconic landscapes, greets passengers arriving at Manchester international airport.

It is part of a high profile marketing campaign aimed at encouraging visits to the area by national an international travellers.

The picture, commisioned by Marketing Manchester,was taken at the top of Wilderness  Gully  between Chew Reservoir  and Indians Head looking to Dovestones  and Alderman Hill.

Said their spokesman:“The images are there to inspire passengers arriving at Manchester Airport with views and scenes from around Greater Manchester and encourage people to explore the wider region including places such as Dovestones.

“The activity is one of many campaigns that Marketing Manchester is involved in as part of its remit to promote Greater Manchester on the national and international stage.

“It is aimed at key sectors including media, digital and tech, science, advanced manufacturing, financial and professional services, tourism; culture and sport.”

The picture was taken in September 2016 and the photographer was  briefed  to get shots to include the reservoir from the surrounding hills.

The graphics at the airport have been on display for just over a month and feature in T2 and the new link. Marketing Manchester are working on graphics for the aitport’s  T1 and 3.

Next week, Andy Burnham, Mayor of Greater Manchester, is visiting Dovestones at the invitation of Doctor Andrew Taylor, chair of Greenfield and Grasscroft Residents Association.

Originally,  The Mayor  had initially promised to visit the beleaguered beauty spot  more than 17 months ago after a series of  “more boots on the ground” letters  demanding action to tackle problems.

Since then, Dovestones has been plagued by a ramp of illegal barbecues being lit at the site with Oldham council subsidising Dovestone Marshals to monitor growing  numbers of visitors.

Speaking of Manchester’s marketing campaign, Dr Taylor said: “It’s absolutely good that people are given the opportunity to visit — but the goodies on offer need sustaining.

If they want a share of the benefits they need to cough up a share of responsibility and cost.”

Mick Neild MBE, chairman of Oldham Mountain Rescue Team, added: “ It's great that people are taking an interest in our area but the infrastructure needs to be in place.”