Chaos in Dobcross as lorry knocks over historic landmark monument 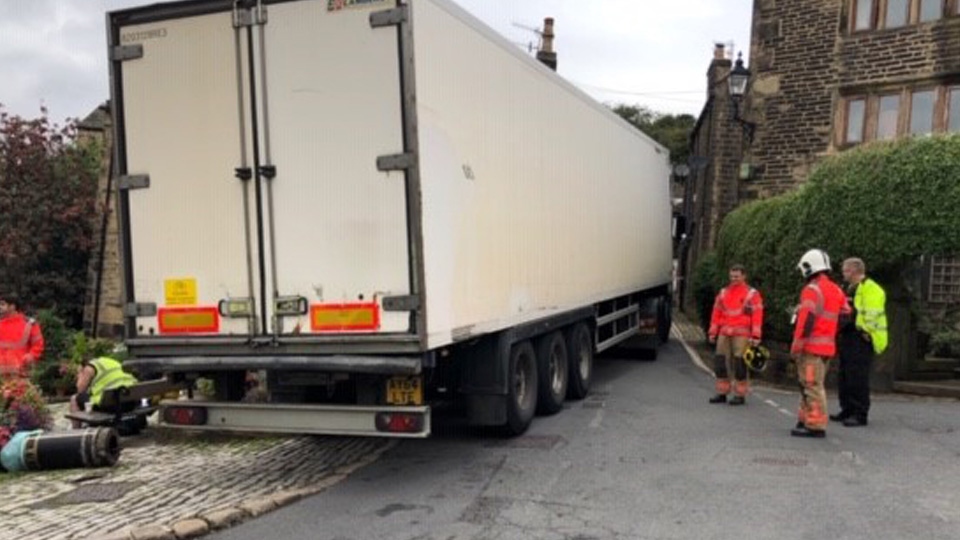 The scene in Dobcross

A giant articulated lorry brought chaos to the heart of a Saddleworth village after getting jammed in a narrow lane.

The 40ft long vehicle knocked over a landmark monument, dislodged an old fashioned lantern and flattened several safety posts before colliding with the gable end of an ancient cottage.

The drama unfolded in The Square at Dobcross which is celebrated as a key location in the  classic film  Yanks, which starred Richard Gere and Vanessa Redgrave.

Police, Fire and Oldham council were quickly on the scene and part of the area was coned off while experts removed the vehicle.

The driver of the vehicle was unhurt, but badly shaken up.

It’s the second time the landmark monument has hit the headlines for the wrong reasons.

Villagers  were  left in shock when it  was toppled from its plinth after being accidentally stuck by a van on the morning of Christmas Eve 2014.

Then Oldham Council brought in experts to ensure the monument was sympathetically restored in time for the village Whit Friday 2015 celebrations.

The imposing monument, believe to weigh ten tonnes, was erected by public subscription more than a hundred years ago as a tribute to Saddleworth’s first medical officer of health.

Paul Clegg who lives in The Square is former chair of Dobcross Village Community Executive.

He said: “lt would seem the driver of the vehicle was following sat nav instructions after being diverted. Everyone in the village felt  sorry for him because he was genuinely upset and shaken  up.”

The vehicle, which was empty, was removed from  the scene and the Square reopened after a few hours.

The monument was first erected in 1901  as a tribute to Oldham-born doctor Walter Henry Fox Ramsden.

Another panel was added to the monument in memory of his grandson, WPB Stonehouse, also a local physician, who died in 1998. 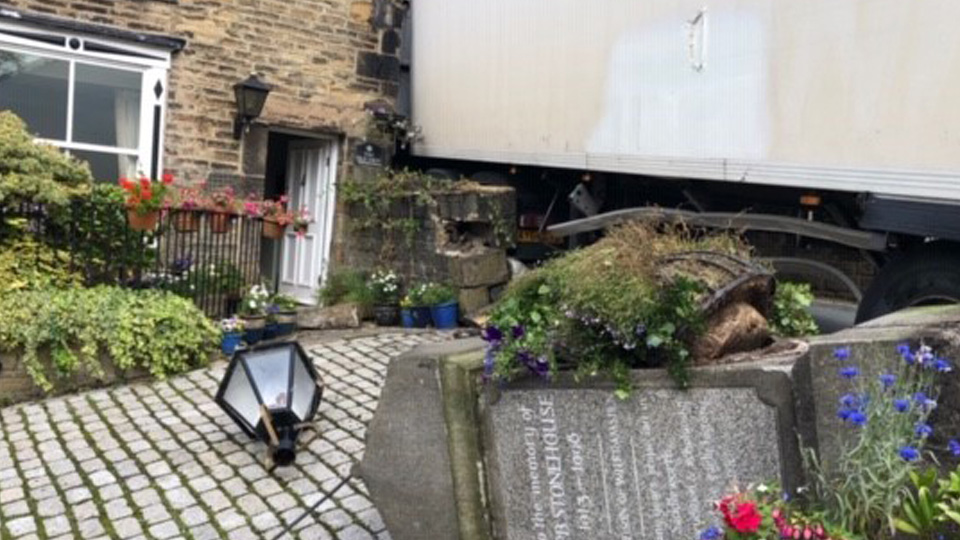