New police appeal after body found in car at Scammonden 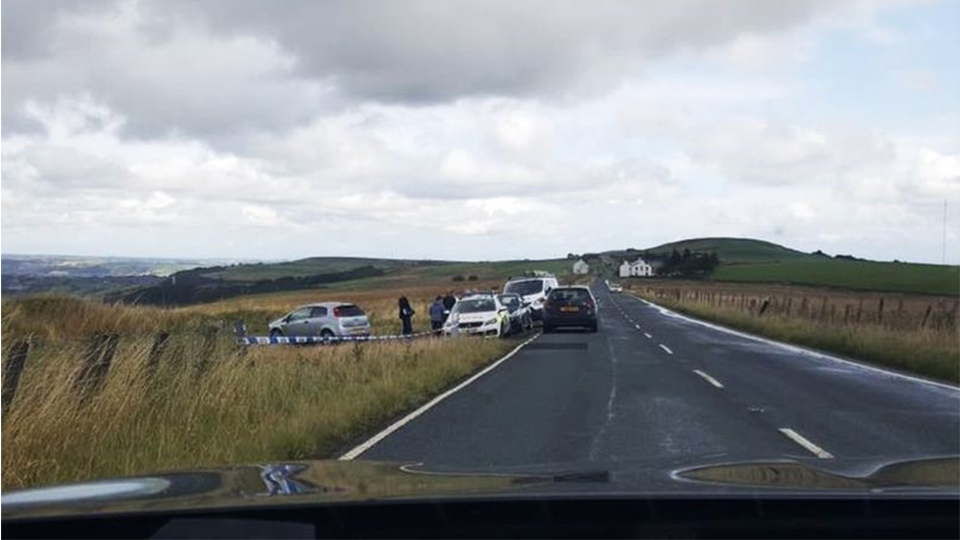 Police at the scene of the abandoned car

Police are appealing for information after the body of a man was found dead in an abandoned car on a lonely moorland road.

The body was discovered by a PCSO shortly before 11.10 am on Saturday on the New Hey Road which links Denshaw  to Huddersfield. He was following up reports of a vehicle abandoned in the area.

It is believed the body had been in the grey Fiat Punto car for several days.

The car was parked a few hundred yards on the same side of the road as the former landmark Nont Sarah’s Hotel which offers spectacular views over Scammonden.

And although the car had been removed on Sunday,  a West Yorkshire police patrol car remained at the scene.

The former hotel, which still bears the fabled name,  is now owned by a company who rent it for leisure activities. At the weekend it had been hired by a group sharing a party.

A dark-haired young lady from South London, who answered the door of the stylish premises, told me: “We've heard nothing. We are here for a friend’s party. We didn’t realise there had been a tragedy.”

A post mortem revealed  the man – thought to be from the Manchester area - died from neck injuries.

And in an updated statement, West Yorkshire police said two  men, aged 35 and  18, from the Manchester area have been released under investigation, while enquiries continue.

Meantime, Detective Superintendent Pat Twiggs from the Protective Services (Crime) team, said: “We are treating this man’s death as unexplained and I would appeal to anyone with information to contact police.

"We want to find out what happened to this man and why, and I would particularly like to hear from any motorists who may have driven the route past the layby the car was left in and / or may have dashcam footage – even if it appears insignificant it could greatly assist our enquiries.”

Anyone with information which could aid the investigation is asked to contact West Yorkshire Police via www.westyorkshire.pnn.police.uk/contact-us  quoting log 438 of 30/08.