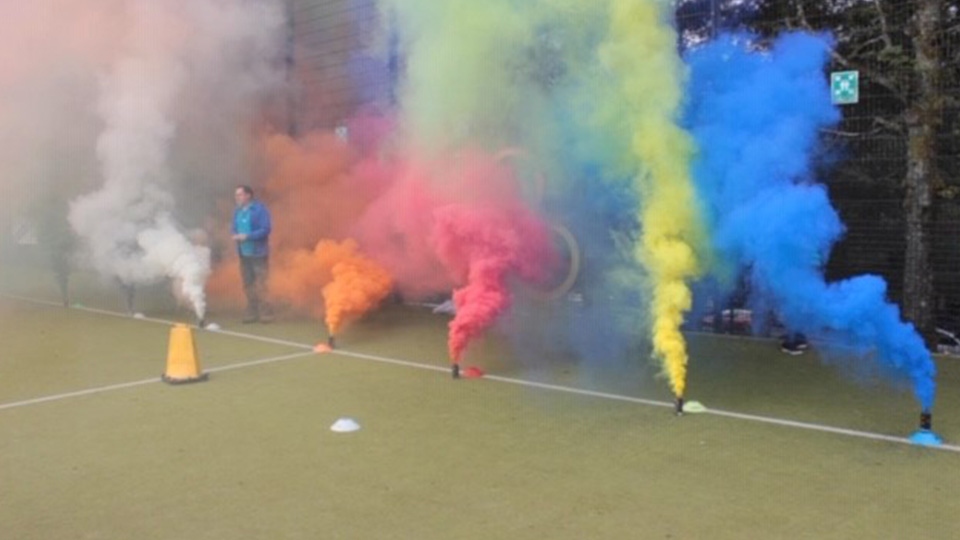 The 2019 Saddleworth Village Olympics launched in spectacular style at the weekend with an memorable opening celebration.

There was a marching band, cheer leaders, flags, ribbons and clouds of coloured smoke denoting each village coming together of the village Olympic rings.

Scores of supporters and families turned out to help set the seal on a few weeks of friendly fun but intense rivalry by children striving to claim top honours in the inter-village event.

One delighted  observer commented: “The International  Olympic Committee would have been proud of the display. It was a truly magnificent spectacle.”

Pulled together entirely by volunteers, the Village  Olympics committee  was delighted to welcome the cheerleaders from Saddleworth School.

And Delph Youth Band, under the direction of MD Matt Stimpson - who had cut his holiday short in order to plan for the ceremony - gave a rousing performance culminating in the setting off of coloured smoke in place of the usual balloons.

With final training and events taking place during the week, there are more competitions until the final weekend on Sunday, September 22,

The games were formally opened by Andrew Rothwell, chairman of the Saddleworth Round Table,  this years main sponsor.

Praising the games committee, he said: “This is another fantastic community event — it’s exactly the event Saddleworth Round Table are proud to support.”

Village Olympics chair, Adrian Green, commenting on the ceremony, said:  “We've been  blessed with good weather this weekend which always paves the way for an enjoyable event.

“But this year’s opening ceremony was a huge success and all credit goes to Uppermill’s Team of volunteers under the guidance of Simon Bird for making it one to remember.”