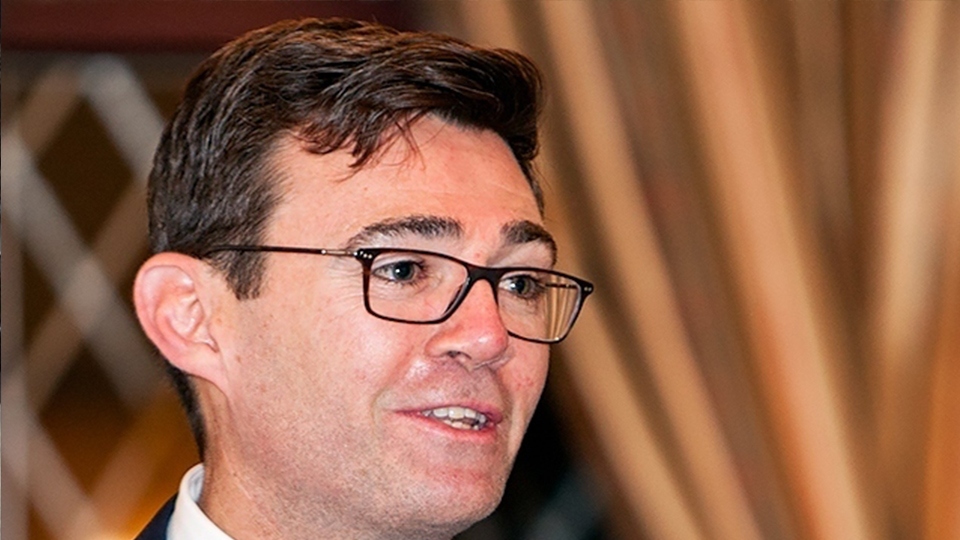 The Mayor of Greater Manchester, Andy Burnham, has published a masterplan to double the number of rail journeys in the city-region by 2040.

Following on from the Prime Minister’s recent announcement to give areas like Greater Manchester more control over rail services and stations, Our Prospectus for Rail sets out a bold vision to transform all rail services and rebuild passenger trust in trains.

The Prospectus outlines a step-change in the role of rail to support the region’s planned growth, including the need to double rail passenger numbers to 200,000 in the regional centre by 2040; increasing rail journeys to Manchester Airport by 100% and moving towards a minimum standard of four trains per hour service from stations.

It also includes plans to build on the success of Metrolink through further expansion and enhancements, including 27 new units that will start to arrive from early 2020, with an aspiration for local rail services to meet the same high-quality standards.

Less than 1% of Metrolink services are cancelled and over 90% of services arrive on time – this is compared to less than 60% of Northern’s services running ‘On Time’*.

In London, where TfL has greater control, over 70% of services operated by TfL Rail and London Overground arrive when scheduled.

Developed by TfGM on behalf of Greater Manchester Combined Authority (GMCA), Our Prospectus for Rail is a part of Our Network, Greater Manchester’s 10-year plan to create an integrated, simple and convenient public transport system with simple fares and ticketing and an improved customer experience across all types of transport – trains, trams, cycling and walking and buses.

Three quarters of public transport journeys in Greater Manchester are undertaken by bus and the GMCA will also shortly consider the next steps towards reforming the bus network, which could lead to it becoming the first city-region in the UK to use new powers available under the Bus Services Act 2017.

Mayor of Greater Manchester, Andy Burnham, said: “We need a fully integrated transport network that allows people to travel seamlessly between modes with simple, affordable ticketing – and Our Prospectus for Rail underpins the transformational change we need on the local rail network to support growth.

This is one of two major milestones in the Our Network journey during the next couple of weeks, which will also see GMCA reach the next stage of the process of reforming the bus market.

“Performance figures continue to reiterate what I have made clear for a long time – that the rail network is letting down Greater Manchester’s passengers and businesses. I have heard too many stories of people who have given up on trains because they just can’t rely on them to get them to work on time.

“The success of Metrolink shows that you can deliver high-quality rail services when those who design and deliver them are close and accountable to the customers they serve.

“We are pleased with the Prime Minister’s recent commitment – but we need the funding and powers to make them a reality. That is why Our Prospectus for Rail outlines our plans for GM Rail with more local control and accountability.

“Rather than operating in isolation, rail should help us to make sure that people who live, work and visit Greater Manchester benefit from world-class connections. This will allow our city-region to continue contributing to the growth of the Northern Powerhouse and in the critical role of rebalancing our national economy.”