You are Here: Home » News » Main News » Firearm deposited in Oldham as part of Operation Spectre

Firearm deposited in Oldham as part of Operation Spectre 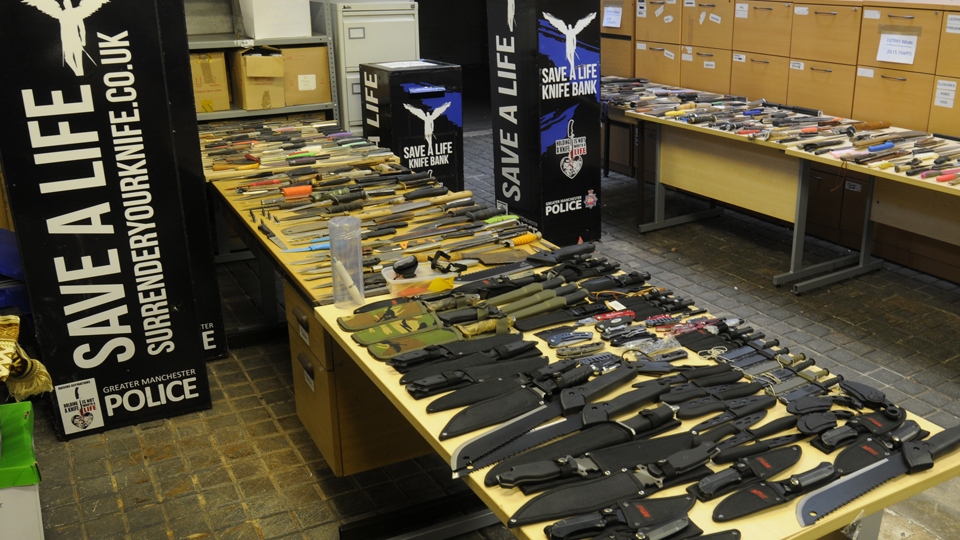 A bid to crack down on knife crime across the region has seen a fire arm deposited in Oldham.

Oldham was one of two places in Greater Manchester to see a firearm desposited as part of the initiative.

As part of Greater Manchester Police's Operation Sceptre 632 knives were deposited in amnesty bins-during the week of action, which took place between Monday 16th and Sunday 22nd September.

There were 10 amnesty bins put out around Greater Manchester for members of the public to anonymously deposit any knives they were in possession of.

These have proved to be a huge success and are something officers are looking to roll out on a permanent basis in an effort to reduce knife crime incidents.

Officers also made 44 arrests for separate knife incidents across the week, which ranged from people being arrested on suspicion of carrying a knife to robbery.

Of these arrests, three knives were recovered and safely disposed of.

Over 230 stop and searches were performed, many of which resulted in an arrest. Out of these arrests seven were related to knife-crime and seven knives were seized.

During the week there were 126 educational events ranging from officers making visits to schools and colleges.

Increasing the knowledge around the dangers of carrying a knife is a priority for GMP and educational visits and events are important to help spread this message further afield.

Superintendent Chris Downey said, “This is a great result for Greater Manchester as this means there are 632 less knives out on the streets. During the week 232 stop and searches were performed, which have proved to be an important preventative tactic in reducing knife crime incidents.

“The consequences around carrying a knife are huge and range from being expelled from school, through to loss of life.

A big part of my role is to inform people of the catastrophic after-effects of carrying a knife, with one point in particular being that even if you don’t plan on using the knife, just by carrying it, your chances of becoming a victim of knife crime increases.”